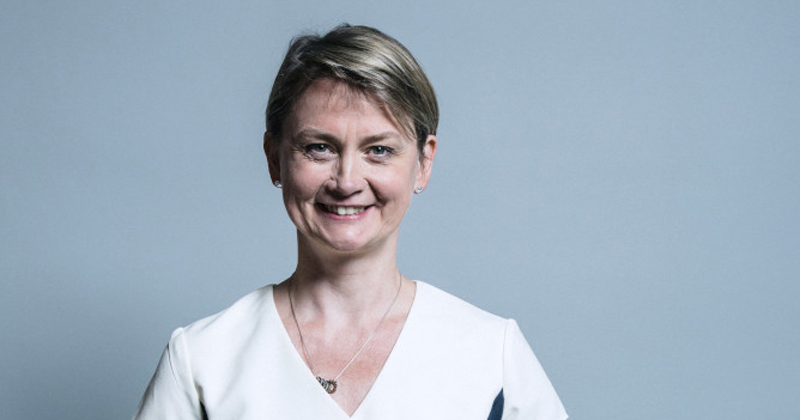 Schools in high-risk areas should all have a dedicated police officer in order to tackle an “epidemic” of youth violence, MPs have said.

In a report published today, the parliamentary home affairs committee also called for an end to part-time timetables in alternative provision.

The cross-party committee urged the government to take urgent action to boost funding after a “perfect storm” of youth service cuts, stretched police budgets and school exclusions contributed to an “epidemic of youth violence”.

The prevalence of knife crime has risen by more than 70 per cent in the past five years, and the number of under-18s admitted to hospital with knife injuries rose by a third between 2013-14 and 2017-18.

The report calls on the Department for Education (DfE) to make schools responsible for the children they exclude and “accountable for their educational outcomes” – a proposal already being developed by ministers in the wake of the Timpson review of exclusions.

MPs also called for greater oversight and monitoring of schools’ use of AP, and additional capital funding for improved buildings and facilities for the sector – another recommendation included in the Timpson report.

Yvette Cooper, the committee chair, said the government “has a responsibility to deal with this crisis urgently”.

The committee also expressed concerns about perceived links between school exclusion and knife crime, and suggested the education system is “currently failing many children”. The extent of such links is highly contested within the schools community.

During their inquiry, MPs heard that injuries are more common around school closure times, with peaks in hospital attendance after school time from 4pm onwards.

Heads’ unions today welcomed the committee’s report and recommendations, saying that school budgets are at “breaking point”, with budgets having been “decimated” over recent years.

However, they warned that exclusions must remain an option for leaders.

“Exclusion should always be a last resort, but a school’s first duty is the safety of all its students and staff,” said Paul Whiteman, general secretary of the National Association of Head Teachers.

“School leaders must retain the autonomy to exclude a violent pupil in order to keep everyone else safe.”

Julie McCulloch, director of policy at the Association of School and College Leaders (ASCL), said that schools were “working hard to avoid having to exclude pupils”, with the rate of permanent exclusions at about 20 pupils per 10,000 in secondary schools.

“We wholeheartedly support the committee’s call for substantial additional resources for policing, and particularly that all schools in areas with above average risk of youth violence should have dedicated police officers. We would go further, and call for ring-fenced funding for a safer schools officer employed by the police in every secondary school and college.”

The committee report recommended that by April 2020, all schools in areas with an above-average risk of serious youth violence should have a dedicated school police officer, adding it was “absolutely vital” that the issue was prioritised in the next spending review.

Schools Week revealed in 2017 that schools were losing access to dedicated police officers because of tightening resources, with one force citing “austerity measures” as the reason for slashing nine roles.

MPs heard from experts that the “easiest places to recruit” for gangs are outside schools and pupil referral units, with children leaving school last often being those kept behind in detention.

Witnesses also highlighted the risks created by part-time timetables in alternative provision, which can create free time for children with little or no support.

A Home Office spokesperson said police funding had increased by more than £1 billion this year and that there are plans to recruit 20,000 more police officers.