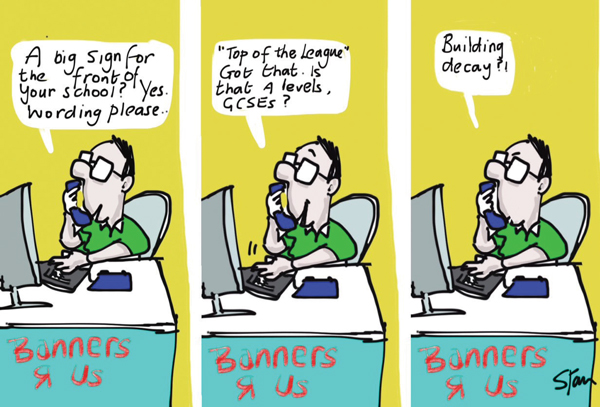 The government has refused to publish a list of decaying schools that missed out on priority building funds.

Calder Valley MP Craig Whittaker called for the listing to be made public so that the robustness of the schools’ property data survey could be scrutinised.

It followed two schools in his area, Calder High and Todmorden High, both missing out on funding under the Priority School Building Programme – despite problems with gas leaks, sewer collapses and asbestos.

Calder High was described in 2009 by former education secretary Michael Gove as “one of the worst schools I have seen in terms of fabric” and Todmorden is costing £250,000 a year in repairs alone.

But schools minister David Laws said in parliament last month that he had “no plans” to publish the data.

Mr Whittaker, now a Conservative candidate, told Schools Week: “It should be made open, honest and transparent. They should be developing these surveys so there is a true ranking and every local authority and school knows exactly where it is on that list.”

The Department for Education has now agreed to send inspectors back to resurvey Todmorden High. Mr Whittaker claimed this could mean the schools were retrospectively added to list of those getting a slice of the multi-billion pound rebuilding pot.

Inspectors were sent to tens of thousands of schools across the country to collate property data, which was then used to rank schools in terms of the need for investment.

But Mr Laws said publishing the rankings could be misleading without taking into account other information supplied by schools and local authorities.

Mr Whittaker said: “If the survey is not the only basis, in the interests of openness and transparency why will the minister not let everyone know what other things are taken into account?”

Mr Laws said applicants were encouraged to submit additional local information to supplement bids because “every survey has limitations”.

He added the methodology used to prioritise schools had been published online.

The government faced accusations it had been “abusing its power” after Schools Week revealed in February that 70 per cent of schools receiving phase two funding were in government-held constituencies.

Eight schools in Bradford missed out on funding. Ralph Berry, Bradford council’s executive member for education, said the refusal to publish rankings did nothing to dispel rumours of a political fix.

“Substantial sums of money have been given out. It doesn’t look reasonable or fair on first sight.

“Unless we know how they came to these decisions – which criteria were used and what priority outscored which – we are never going to know how to go forward.”