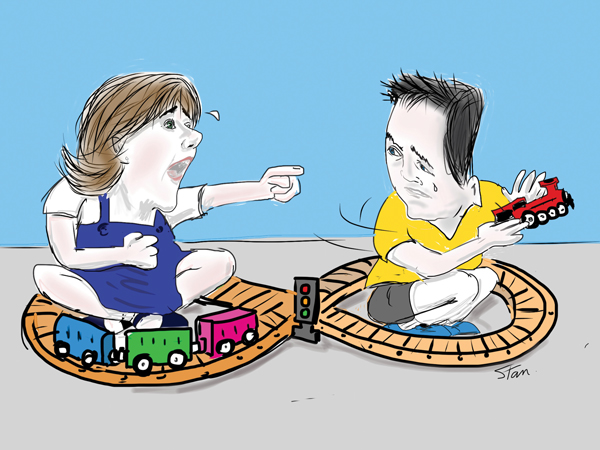 A row has broken out between the Conservatives and Liberal Democrats about whose idea it is to launch an initiative to reduce teacher workload.

The scheme – which Mr Clegg said he hoped would stop the “runaway train of bureaucracy” – asks teachers to complete a survey to find solutions to unnecessary tasks. A panel will review the answers and will aim to put them into practice from early next year.

When asked who would run the initiative, a spokesperson for Mr Clegg said the Department for Education (DfE) would manage it.

However, he was keen to stress that it was the Lib Dem leader who came up with the challenge, and that his team would continue to be involved with the DfE to “see it through”.

But the Conservative party has accused Mr Clegg of “claiming this as his own” after education secretary Nicky Morgan’s pledge at last month’s Tory party conference to reduce teacher workload.

A Conservative source contacted Schools Week on Wednesday and said: “Nicky Morgan has made tackling teacher workload her priority from day one. Nick Clegg has had four years to do something about this, but has done and said nothing.

“Then after Nicky makes a hugely popular speech on the issue, Nick Clegg claims it as his own. I guess you can draw your own conclusions from that.”

A spokesperson for the deputy prime minister said: “Nick Clegg has always been a strong and vocal supporter of the teaching profession, and made clear his commitment to tackling their workload in an interview with The Times Educational Supplement in August.

“He is pleased to be working with the Secretary of State for Education on this crucial issue. Teachers want to see all politicians coming together to find new ways to improve their working lives.”

Mary Bousted, general secretary of the Association of Teachers and Lecturers, said: “There is obviously a tug of war going on between the Lib Dems and the Tories about who can take credit for noticing that teachers have a high workload.

“Workload is going through the roof; the pressures are intolerable. In a way I don’t really care what motivated them but they are desperately trying to prove that they can say they did something after four years of a coalition which has seen pay stagnate and work increase.

“The proof in the pudding will be if they actually do anything after this consultation.”

The initiative will ask teachers to complete a survey on tesconnect.co.uk by November 21 and include questions such as: “What do you think should be done to tackle unnecessary workload – by government, by schools or by others?”

A new email address, workload.solutions@education.gsi.gov.uk, can be used to send extra comments.