The proportion of trainee teachers that took the government’s favoured school-route into the profession increased again last year, new figures have revealed.

The Department for Education published initial teacher training statistics for 2015-16 this morning, and figures show the overall number of trainees gaining their QTS has dropped from 92 per cent in 2014-15, to 91 per cent last year.

A total of 95 per cent of trainees who gained QTS last year had a teaching post within six months, the same as in 2014-15.

The report shows that 52 per cent of first-year trainees took a school-led route in 2015-16 – such as School Direct or SCITTs (school-centred initial teacher training).

That figure has risen from 44 per cent last year, making this the first year that the majority of trainees have studied school-led routes. Just 48 per cent of first-year trainees studied at a higher education institution last year.

However that comparison is skewed as this year’s figures include Teach First trainees numbers for the first time, which has helped push up the numbers for school-led routes.

When Teach First figures are omitted, however, the number of trainees in school-led routes was at 46 per cent – two per cent up on the previous year, though the figure was just 33 per cent in 2013-14. 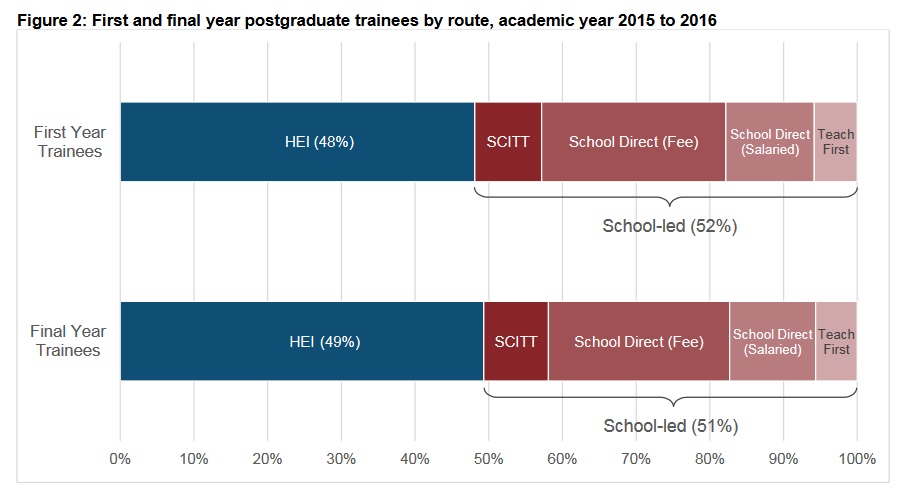 The report also shows that 93 per cent of postgraduates in school-led routes achieved their qualified teacher status, compared with 90 per cent in higher education institutions.

The proportion of trainees receiving a teaching post within six months was also higher for school-led routes (96 per cent), compared with universities (93 per cent).

Just 84 per cent of trainee computing teachers were awarded QTS, the lowest pass rate of any subject, and down from 89 per cent in the previous year.

GCSE entry figures for last year also show the number of pupils taking computing has stalled, despite its inclusion in the EBacc.

Pass rates for subjects with the largest bursaries have also remained low. Just 89 per cent of maths trainees were awarded QTS, and 85 per cent for physics, although both these are an improvement on the previous year’s pass rates. 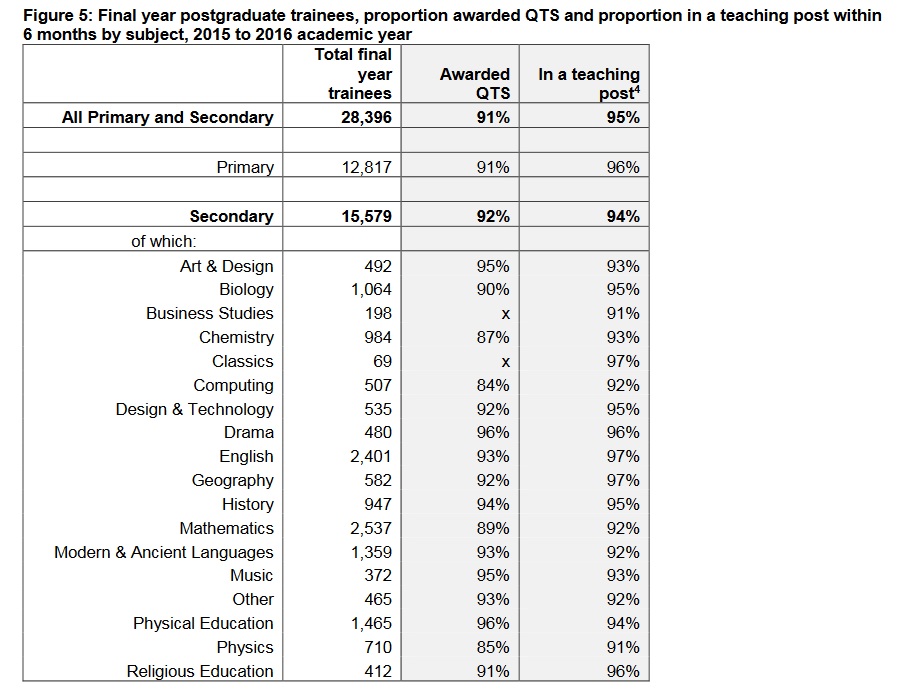 The report also shows that 93 per cent of women trainees are awarded QTS, compared with 87 per cent of men. 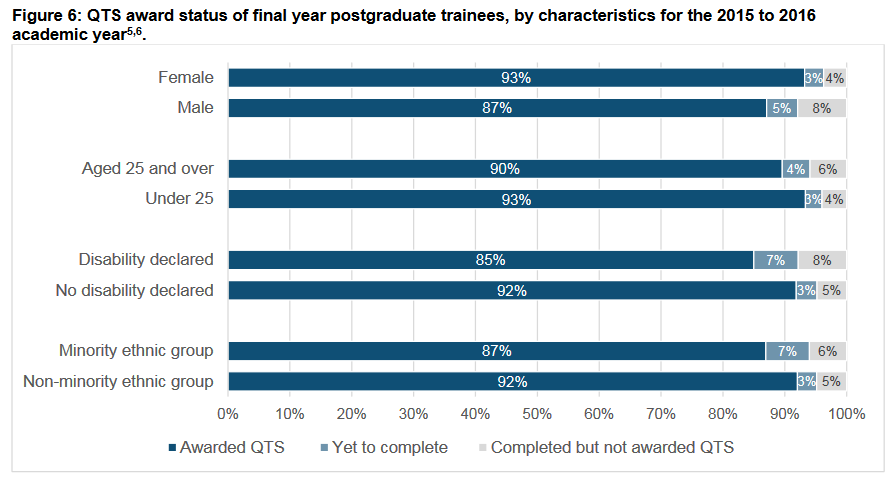