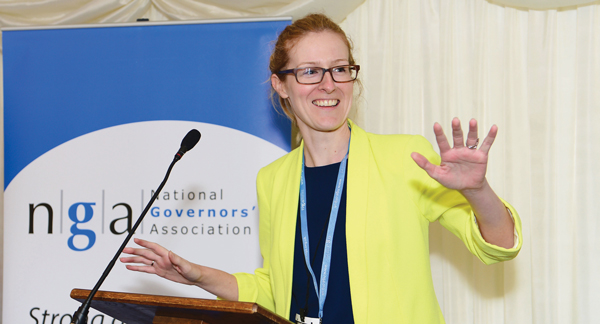 Organising an all-male panel can get you pilloried in education. Just ask Jonathan Simons, director of research at Policy Exchange, who last year organised an event on character education in which all the speakers were men. The social media howls were loud. (Don’t worry, he has vowed never to do it again).

Schools Week has tried to break this male mould. After running one all-male experts spread in our third edition, we vowed never to do it again – and we haven’t.

Analysis this week of pictures in the paper over the past year also show that while men dominate, they do so only at a 60:40 ratio. This is better for women than in the mainstream media, though still low for a profession in which 70 per cent of the school workforce is female.

Over 36 editions, we showed 865 individuals in photographs (not including those appearing in groups); 514 were of men, 351 of women. Just 56 (6.5 per cent) were of people from a black or minority ethnic background.

Such raw numbers do not tell you what the people were doing, though. It is one thing to feature more than 350 photographs of women but if they are tiny head shots on page 23 compared with front-cover shots of men, then we are not comparing like-with-like.

Pleasingly, the figures show that our representation in parts of the paper with the greatest prominence – the front cover and the profile – were more likely to feature women and ethnic minorities than across the general news pages. Only 56 per cent of front-page images were men. Women got closer to the half-way mark at 44 per cent. Just over 10 per cent of those featured on the front were not white.

Profiles were more even again: 55 per cent men, 45 per cent women, 17 per cent black or minority ethnic (BME).

But this raises a question. Why is it that news stories, which responsively report on decisions, power, policies, are so much more dominated by white people, and by men, than profiles?

The simple, disappointing answer is that we have more control over the profiles. If a minister makes a major speech then we have to report it regardless of that person’s characteristics. With a profile interview, we make the choice and can be more proactive in selecting a diverse range of subjects. The downside of this is that we end up presenting the “experience” of women and people of colour more often, but not objectively reporting on it. Does this damage how seriously the groups are then taken? I don’t know. But it’s worth raising.

Another contentious – and for us a potentially embarrassing point – is the imbalance on our experts’ pages. Of the 136 pieces we published this year, just four were from BME writers. True, we published research and book reviews from BME writers. But we don’t run photographs with those and this analysis focuses, rightly, on photographs because that is what readers see. We want people to open our pages and see a representation of the whole community. This doesn’t happen if 33 in 34 people that we label as an “expert” is white.

Ploughing through the year’s pages it also became evident how dependent we are on the selection of a few key people. Having a female secretary of state undoubtedly upped our female photograph count. But having an all-male junior minister team, plus a male chief of Ofsted, plus a male shadow secretary of state and six male regional schools commissioners really didn’t help.

Junior Minister Sam Gyimah and regional commissioner Pank Patel were a significant part of the ethnic minority count. I suspect the two featured in a quarter of the BME picture tally, if not more. A ministerial re-shuffle could quickly set this count back.

There is a lengthy debate to be had about whether or not newspapers should just report things as they are – damn the consequences or inequalities – or whether they ought to try to select images that represent something more aspirational. It is a debate we often have when designing the pages; it’s one I have even more often in my head. I have no firm answer.

In the end I cannot fabricate people. The news is the news and we will report it without fear. But where we can make a choice to be inclusive, where we can pick stories, experts, voices, characters, that make education into a burgeoning chorus rather than a solitary dirge, then that’s where my choice will be.