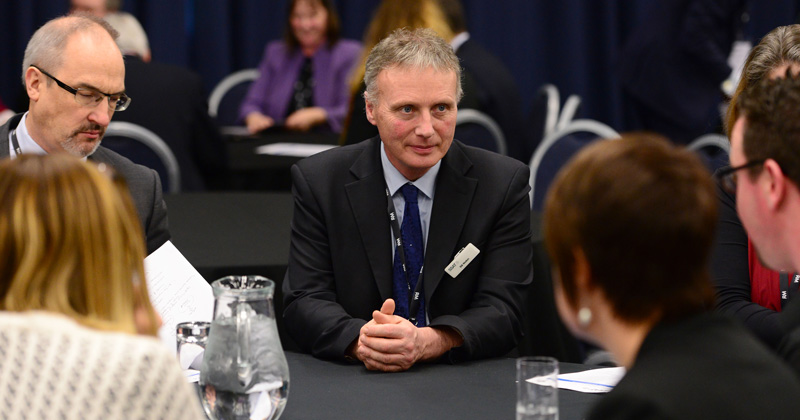 Sixth-form colleges should not rush into partnerships with schools to create all-through academy trusts, a sector leader has warned.

Schools Week revealed last week how 60 of the 93 sixth-form colleges in England had told the government they were interested in becoming academies. Their interest follows a rule change that allowed the institutions to avoid paying VAT in return for conversion of status.

Fears about the availability of good sponsors for increasing numbers of academies has led to speculation that the government may look to the 16 to 19 institutions — 90 per cent of which are rated good or outstanding by Ofsted — to lead multi-academy trusts.

Like further education colleges, sixth-form colleges can sponsor academies as independent external organisations, but under the rule change they will be able to form and head their own trusts.

Sir Michael Wilshaw, the chief inspector, has previously expressed an aspiration for primary and secondary schools to function together in “all-through” trusts with studio schools, university technical colleges and other 16 to 19 provision.

But Bill Watkin (pictured), the former Schools, Students and Teachers network (SSAT) operations boss who now heads the Sixth Form Colleges Association, said although sixth-form colleges were an “invaluable asset” that were “largely underused”, many principals would need to be “more sure” that they could take on schools without affecting their existing provision.

Sir David Carter, the national schools commissioner, admitted during a grilling from MPs last week that identifying new sponsors for schools was a “challenge”, and Wilshaw has warned the government could struggle to find enough good leaders to run trusts.

Watkin accepted that ministers had to look to sixth-form colleges to fuel its need for an “ever-greater number of sponsors.

Watkin said sixth-form colleges were facing two decisions: whether to convert to academy status, and whether to do so as a standalone academy or as part of a multi-academy trust. A decision on whether they would lead trusts would come later for many principals.

“They certainly feel they can make a difference, but what they want to be more sure about is how they can go about making that difference without putting at risk their own college.”

Richard Taunton sixth form college, in Southampton, and St Vincent college, in Gosport, announced earlier this month that they have formed a “working partnership”, with a view to a trust being launched by September 2017. It is not known if they will take on schools.

Watkin said the benefits of establishing trusts would include better opportunities for continuing professional development and the chance to “build a resource that can benefit all institutions”, but that principals would have to consider their lack of expertise in 11 to 16 education and their existing relationships with schools.

There was no “one effective model” for trusts, and he did not share Wilshaw’s view that trusts had to have representation “from across all the stages”.