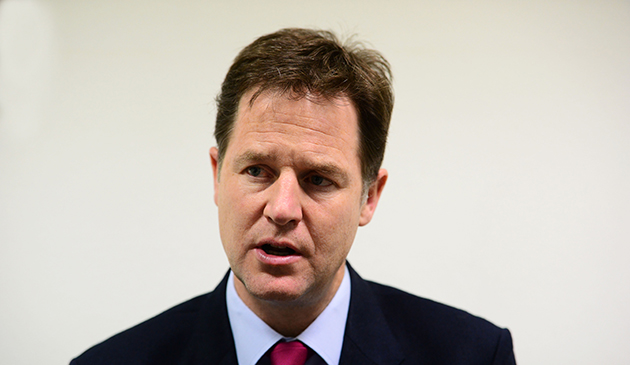 A Liberal Democrat government would put a qualified teacher in every classroom and expand early years education while budgeting for increasing pupil numbers, it has been revealed.

The party claims the funding will be used to put a qualified teacher in every classroom, recruit more teachers and expand early years education, adding that £2.5bn is the equivalent to 70,000 teachers and 10,000 learning support assistants.

Speaking at a launch in London, Nick Clegg is expected claim that his is the “party of education”, and say that the manifesto is a “blueprint for a stronger economy and fairer society”.

He will add: “We want to ensure that every child, no matter where they are born, the colour of their skin, or how rich their parents are, has the same opportunity to reach their potential is.

“At the last election, protecting schools spending and investing huge amounts of extra money towards the poorest pupils was one of our top priorities. I am immensely proud that we did just that in government. But we won’t rest there.”

In their pledge, the Lib Dems are vowing to protect spending on two to 19-year-olds in real terms until 2017/18, when they hope to eradicate the cyclically-adjusted current budget deficit, and then increase education spending in line with economic growth. The pledge allows for a forecast increase in pupils of around 460,000 by 2020.

The spokesperson claimed that Tory plans to freeze spending for five to 16-year-olds at its current level, leading to a cut in real terms and the threat of further slices from unprotected education budgets, would mean overall spending of £5bn less than the Lib Dems by 2020.

It said Labour, despite a protection for the whole education budget, had not allowed for the pupil numbers increase and would therefore spend £2.5bn less than the Lib Dems in the same period.