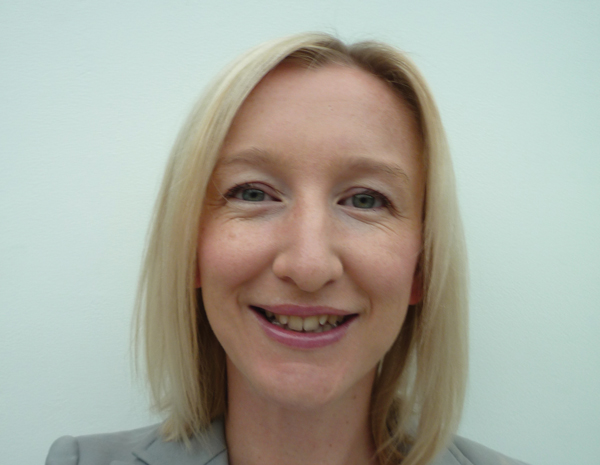 Schools should make sure children play outside in natural light as much as possible to combat the growing number of people who are becoming shortsighted, according to new research published by Kings College London.

The university has established a link between people studying to higher education level and a greater risk of developing myopia, more commonly known as shortsightedness.

Lead researcher Katie Williams (pictured) said a number of factors within the school environment can contribute to an increase in the number of children needing glasses, the strongest of which appears to be the amount of time spent inside.

Dr Williams, clinical research fellow at KCL, said: “There are a number of factors such as near-work – the time you spend focusing on books, using computers – that have been shown to have some association with myopia, but perhaps the more strong risk factor is not just that you are indoors focusing on a book, it is the fact you are indoors.

“You have less natural UV light indoors, which is protective against myopia, and when outside your eyes relax and look into the distance.”

In January 2013, the government relaxed legislation to allow free schools to open in buildings without any outside space for children.

New free school Oasis Academy South Bank, in Westminster, initially opened with just a small amount of outside space, but earlier this year was granted planning permission to build a sports hall in what was its courtyard, with plans to create an outside play area on the roof of the hall.

Since opening, the school has been using nearby sporting areas for PE lessons.

Dr Williams added: “Schools should make sure children are outside for at least an hour every day. Obviously this brings other health benefits, but it is also good for children’s sight.”

The study analysed data from 60,000 people in Europe and compared the presence of myopia with their level of education. Dr Williams said participants who were now in their 20s were at a 40 per cent higher risk than previously thought.

The research showed that, among people aged 35- to 84-years-old, myopia prevalence in participants with higher education was about double those with only primary education.

Early intervention by teachers should be encouraged, said Dr Williams. “Teachers are quite good at picking up issues with children’s sight,” she added, “although it is harder when they are very small. When they start reading and writing it should become more obvious who is struggling with their sight.

“As it is becoming more prevalent, teachers should be aware that their pupils might be more at risk, at a younger age. In south east Asia they are trying various schemes to try and make sure children stay outside for an hour at lunchtime.”

The prevalence of shortsightedness in Europe is not as strong as it is in south-east Asia, where 8/10 people suffer with the condition, but it is growing.

Research in south-east Asia has highlighted environmental changes to the classroom to support healthy eyes – including building glass walls to increase the amount of natural light coming into the room.