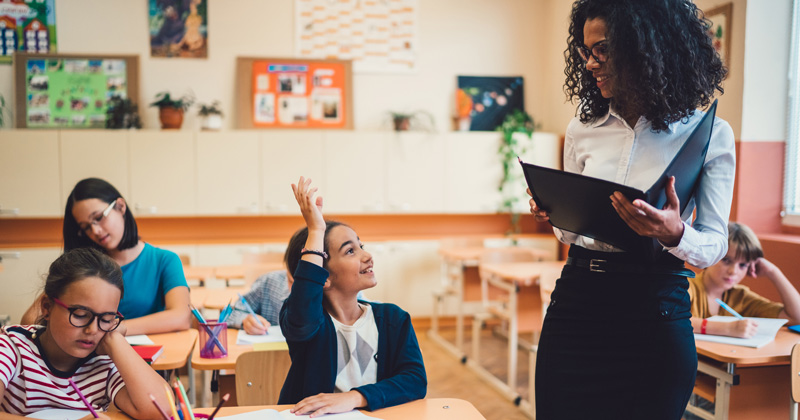 Some of England’s largest academy trusts are considering establishing their own alternative provision for excluded pupils.

The academies minister has even said that trust-run AP is “probably a more useful solution” than proposals to hold schools accountable for the results of excluded pupils.

But policy experts have warned that without proper governance, in-house AP could just become another mechanism used to off-roll pupils.

Last year, the government accepted in principle the recommendations of the Timpson review of exclusions, including a call for schools to tie the results of excluded pupils to their excluding school.

But the Department for Education is yet to say exactly how it intends to make the system work, and Lord Agnew sounded unconvinced about the proposal when he addressed fellow members of the House of Lords last week.

“In theory it is a very good idea, but we need to be careful because it will obviously depend on the quality of the provision where he or she was sent, and it would not be right for the referring school to be penalised,” he said.

“More active thinking is going on with our larger academy trusts about creating their own APs so that they own the problem. In the longer term, this is probably a more useful solution, as it means that the system is better joined up.”

Some of England’s largest academy trusts told Schools Week they were already contemplating such an approach.

Martyn Oliver, chief executive of Outwood Grange, a trust with 32 schools in Yorkshire and the north east, said his trust was “looking at different ways where we can best provide for all our students, and managing and maintaining our own alternative provision is a way that we could potentially do this”.

However, he said the test of such an approach would be how any system could operate “with or without impacting on the budgets of local authorities and the schools’ own budgets”.

The Academies Enterprise Trust, a 54-school chain with schools across England, said it was “open to considering” running its own provision.

“Any moves to establish AP within AET would focus on providing a mainstream model of education with social, emotional and mental health needs specialisms,” a spokesperson said.

“Small, nurturing and therapeutic environments would offer individual curriculum pathways for each student, designed to help them not just get back on track but to thrive.”

The Inspiration Trust, which was founded by Lord Agnew, is already piloting the use of an internal alternative provision unit, and is looking at the issue more broadly as part of an inclusion review.

Iain Mackintosh, the trust’s director of inclusion, said the pilot had “successfully helped children at risk of exclusion in mainstream schools and ensured they still have access to high-quality curriculum and teaching”.

Some trusts already run alternative provision alongside their mainstream provision.

In Bristol, the Cabot Learning Federation operates a “suite of provision” called Snowdon Village, with different levels of support depending on the age and needs of pupils.

Pupils are either supported in the short or medium-term through its Nest, Engage and City School projects, or permanently at Bristol Futures, an AP academy.

“Alternative provision that works in isolation can only offer a very limited curriculum,” said executive principal Sally Apps. “Because if you’ve only got ten staff, or 15 staff, then you can only offer those subjects that those staff can offer.”

That’s not the case at CLF, Apps said, because excluded pupils are still allowed to study any subject offered by the trust’s mainstream schools, meaning their curriculum access isn’t restricted.

“The reason we do it is we consider all of those children in our patch are our responsibility,” she added

“We are accountable for all of the children in our alternative provision, whether they came from our trust or outside.”

Despite the commitment of some trusts to running AP ethically, there is technically nothing to stop academy trusts using it to off-roll their pupils.

The results of pupils in AP schools in academy trusts do not count towards the trust’s overall league table position, which gives an incentive to push poor-performing pupils out of mainstream schools.

Cath Murray, alternative provision lead at the Centre for Social Justice think tank, said it’s “all in the implementation”.

“At one end you’ll have pupils dual-rolled, with access to expert teachers and support for reintegration into mainstream. At the other, you’ll have MATs gaming the league tables by off-rolling or over-excluding,” she told Schools Week.

However, she said Ofsted’s crackdown on off-rolling should also stop this, but a trust with its own AP schools would “also need robust governance to make sure it doesn’t over-exclude”.

Leora Cruddas, from the Confederation of School Trusts, said strong trusts were “well-placed to set up alternative provision as part of overall education provision”.