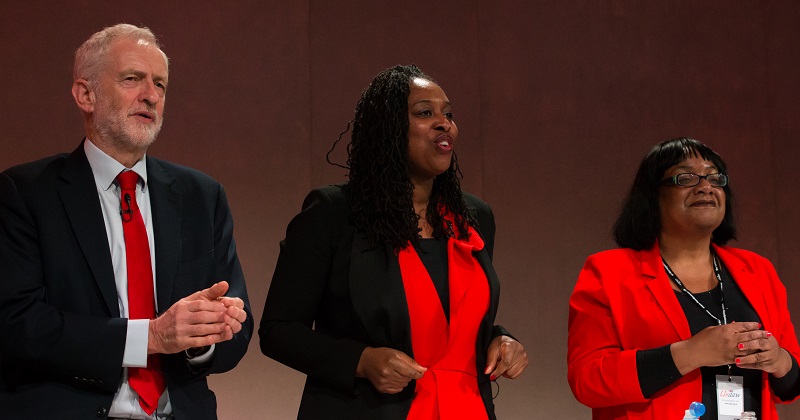 Labour will launch a “wide-ranging review” into the under-representation of black, Asian and minority ethnic teachers in England’s schools if it wins power.

The manifesto confirms the review will take place “within the first months of government” and will be followed up with a “comprehensive strategy to recruit and retain BAME teachers”.

According to analysis by Education Datalab, black Caribbean and white/black Caribbean pupils are three times more likely to be permanently excluded from school as other pupils, and twice as likely to face a fixed-term exclusion.

Labour says it wants to address this issue, but has not given any further details of its plans.

The party’s pledge to tackle under-representation of BAME people in the teaching workforce comes amid growing pressure to create a more diverse profession.

The figures for school leadership are even more stark. Government data also shows that just 7 per cent of headteachers are from an ethnic minority background, and a Schools Week investigation last year found only 3 per cent of the largest academy trusts are led by non-white leaders.

Earlier this year, Damian Hinds, the former education secretary warned that England’s teacher recruitment and retention crisis will not be solved without an increase in the number of ethnic minority teachers.

He told an event in London that the government “can’t afford” for people to think teaching isn’t a viable career for them because of their background or ethnicity, as he renewed his pledge to boost the proportion of black, Asian and minority ethnic teachers.

Labour’s race and faith manifesto also pledges the creation of an “Emancipation Educational Trust”, to ensure “historical injustice, colonialism and role of the British empire” is taught as part of the national curriculum.

The party said it will also establish a race equality unit in the Treasury, which will review major spending announcements for its impact on BAME communities.

Speaking at the launch, Corbyn said Labour is “the party of equality and human rights… Whatever your background, wherever you are from, whatever your faith or religious belief, you should have the chance to use your talents to fulfil your potential. Labour will tackle head on the barriers that have unfairly held back so many people and communities.”

Butler will add: “Only by acknowledging the historical injustices faced by our communities can we work towards a better future that is prosperous for all, that isn’t blighted by austerity and the politics of fear.”