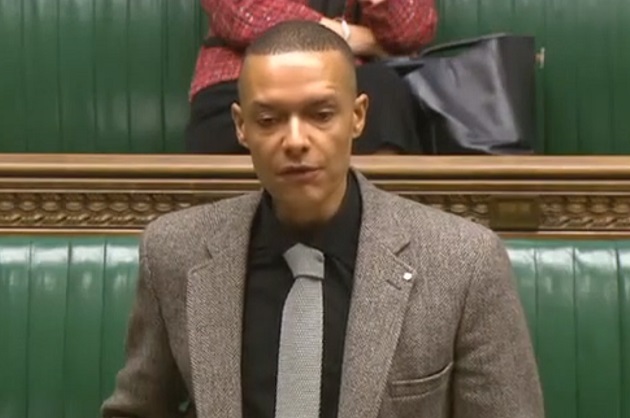 Hewett’s sponsor, the Inspiration Trust, has claimed the Norwich South MP was wrong when he told the House of Commons on Monday that parents had been told “at short notice” that they “must buy a new, full and costly uniform”.

The school was taken over by Inspiration in August following a long campaign by community leaders and parents to keep it under council oversight. A new uniform with updated branding was made compulsory for pupils on November 16.

Speaking during education questions in the Commons, Mr Lewis said the introduction of the new clothing had sparked complaints from a “number of parents”, and has subsequently raised concerns about the price of additional items.

But the Inspiration Trust told Schools Week that every pupil had been given a free set of the new uniform, and that parents were warned in July that a review was on the way.

Trust spokesperson James Goffin said his organisation was “baffled” by why Mr Lewis would “mislead Parliament”, and claimed parents were told about the new uniform in good time.

He said: “All pupils received a free set of the new Hewett Academy uniform, and parents were told in the summer that a uniform change was likely in the new academic year – nearly six months before the actual changeover.

“Many pupils and parents have welcomed the new uniform, which was picked with the help of school council, and far from pupils being excluded attendance levels at the school have risen since it became an academy.”

In a letter sent on July 17, seen by Schools Week, Hewett principal Tom Leverage reassured parents that despite academisation, the school’s uniform would remain unchanged in September, but that the school council would “discuss” the issue in the autumn term following “complaints and concerns” by parents and pupils.

In a subsequent letter sent on September 11, Mr Leverage said questions from parents about whether they should make additional purchases from the existing uniform stock had prompted him to bring forward the school council’s deliberations on a new design.

Parents were informed about the new uniform on October 1, and it became compulsory on November 16.

A spokesperson for Mr Lewis said his comments were justified, and said the Trust had moved from “promising not to change the uniform at all to introducing a new uniform” in three weeks.

“That is clearly ‘short notice’ as Clive said in Parliament,” he added, claiming there had also been no “phasing in” of the new uniform and “no consideration of items parents already owned”, such as black trousers and skirts from the previous uniform.

He continued: “Crucially, pupils need more than the one free jumper, pair of trousers or skirt supplied by Hewett. Because of the school’s insistence that these items are bought from one tied supplier (jumpers and trousers or skirts costing up to £16), Clive’s comment that this is ‘costly’ is entirely justified.”

The relationship between Mr Lewis and the Inspiration Trust has been strained since he played a key role in the campaign to keep the school out of the organisation’s hands.

In June, Mr Lewis used his maiden speech in the House of Commons to attack the company, which has previously called on Mr Lewis to join its board, and has since repeated calls made on Monday by education secretary Nicky Morgan for him to “work with the school”.

Its spokesperson Mr Goffin added: “The sensible route for raising these sort of concerns is for the parent to contact the school. If they are unhappy and ask their MP for help we would expect them to then contact the school, not take inaccurate allegations to the Secretary of State.”