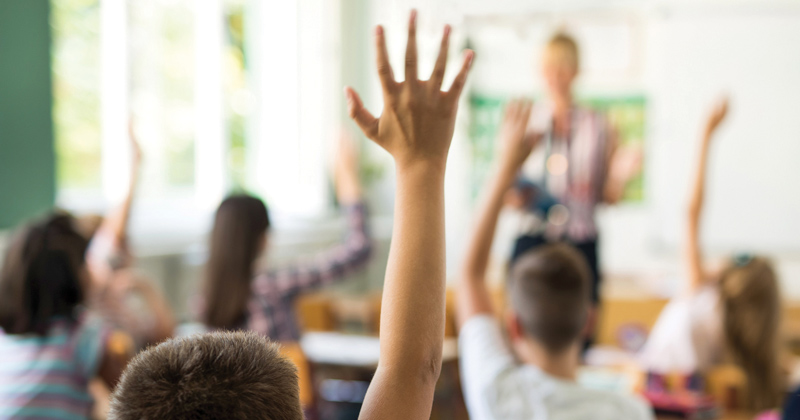 Exclusively sending vulnerable children to ‘good’ or ‘outstanding’ schools is narrow-minded, unattainable and not in the best interest of the pupil, argues John Cosgrove.

“We want to see children in care placed in good or outstanding schools only,” Anne Longfield, the children’s commissioner for England, writes in the Stability Index report 2019, published earlier this month.

What is concerning, though, and the fact hidden behind Longfield’s comment, is that some very vulnerable children are being denied their first choice of school

It is clearly right that children in care should have the best possible education, but Longfield’s suggested policy would not guarantee this. It ignores the unreliability of Ofsted gradings – more than half of all teachers disbelieve them – and the more experienced the teacher the less likely they are to accept Ofsted’s reliability.

It is also an unattainable aspiration, unless we propose to move vulnerable children every time a ‘good’ school slips to ‘requires improvement’.

More importantly, the headline-grabbing quote distracts attention from the reality of how Ofsted gradings affect the education of vulnerable children.

I am reminded of a young woman I know on the cusp of university; a cheerful, bubbly, academic high achiever whom I first came across as an unhappy and confused seven-year-old.

She had been abruptly wrenched from familiar surroundings, spirited across three counties to live with new foster parents, and sent to a school where everything was strange. She can be very proud of her journey since then, and I think we are entitled to some satisfaction for the part we played in it.

Her foster carers knew us before she arrived, and trusted us. They did not choose us for our Ofsted grading. We had only recently been moved up a grade to ‘good’ and there was another school opposite ours rated ‘outstanding’.

But her carers, who had a long history with our school, understood that the Ofsted grading is only one factor amongst many to take into account: curriculum, levels of pastoral care, access to specific therapies, friendship groupings, convenience and geography are also important.

My own children’s primary schools were chosen on denominational grounds, and for a secondary my wife and I went for one where we were personally acquainted with key members of staff and knew that we would be listened to when necessary.

What is concerning, though, and the fact hidden behind Longfield’s comment, is that some very vulnerable children are being denied their first choice of school. The government boasts that 85 per cent of children attend schools rated good or outstanding by Ofsted, but for children in care the proportion is significantly lower – just 78 per cent.

And this is not solely caused by a shortage of vacancies in such schools. The report reveals that last year 6,230 children in care moved school mid-year, 2,000 of them did this more than once and 330 missed an entire term of education in the process. These moves are hugely disruptive to education and prompted by home placements breaking down (the new school is on average 26 miles away from the old one).

There were 7,880 children who had two or more changes of placement in 2017-18, and the report finds that children in care are more likely to experience a mid-year move if they have “additional or complex needs”, and more surprisingly, “if their school has a lower Ofsted rating”.

There are schools deliberately turning away children in care, particularly those with additional or complex needs, and these are disproportionately schools with high Ofsted gradings

The explanation for this last fact is hinted at in the report’s recommendations that: “Schools and school leaders should be held to account for the extent to which they give children in care priority access for school places…” and, “local authorities should also have the power to direct academies and free schools to admit a child who is looked after.”

In other words, there are schools deliberately turning away children in care, particularly those with additional or complex needs, and these are disproportionately schools with high Ofsted gradings. The suspicion is inescapable: as with off-rolling, this is being done precisely to preserve the high gradings.

The children’s commissioner is right to highlight this abuse. It affects not only children in care, but many others: travellers, asylum seekers, some with SEND, and so on.

Sending them “only” to schools rated good or outstanding won’t help, and giving Ofsted something else to monitor or local authorities more powers, seems bureaucratic, over-elaborate and unlikely to be effective.

Simpler would be to end the perverse incentive for schools to fail children by abolishing Ofsted gradings which, on this evidence, are damaging the life-chances of some of our most vulnerable children.