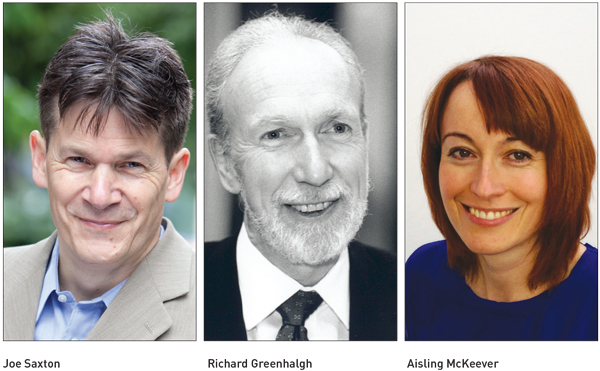 Joe Saxton, the new chair of board of trustees at PTA UK, the charity for parent teacher associations, is quite clear why he has taken on the role.

“We hear from teachers on their challenges, we hear from the government about education policy — but where is the parents’ voice? It is unacceptable that the views of parents remain largely absent from the national debate.”

With a long career in the charity sector, Mr Saxton says that the success of parent teacher associations in fundraising should not “mask their potential to help engage parents to improve schools in other ways”. PTAs were “tried and tested vehicles for positive change” in schools.

Mr Saxton has featured in the top 10 of the most influential people in UK fundraising since the chart began in 2002, including topping the poll four times.

In 2012, he was given the lifetime achievement award by the Institute of Fundraising. He has been a chair and trustee of six charities and puts his success down to his “terrier-like” persistence.

He succeeds Sir Michael Graydon who is standing down after 18 years of involvement with the charity’s board.

Mr Greenhalgh says he wants United Learning to be the trust “others want to join” while “ensuring that our academies and independent schools gain wonderfully from each other”.

He was chairman of Unilever UK until his retirement in 2004, and is chair of the National Centre for Universities and Business.

He is also a former chair of Surrey and Borders Partnership — a foundation trust for mental health — and the Royal Voluntary Service.

“Throughout my career I have sought opportunities to bring sound, strategic, organisational and business acumen to initiatives that deliver a public good and contribute to our future as a country.”

His interests include opera and he is an emeritus fellow of Green Templeton College, Oxford.

Aisling McKeever will be the head of Floreat Brentford, west London, one of the two first Floreat schools opening in September.

She moves from Fielding Primary School in nearby Ealing where she was deputy head for 12 years.

Ms McKeever, 45, is looking forward to the chance to start in a school from scratch and says she backs the sponsor’s drive on character education.