The new T-levels will be delivered by just one exam board to “protect the standard” of the qualification.

But assessment experts believe the change could be a dry-run for reintroducing single exam boards for A-levels and GCSEs.

Each of the 15 new Technical levels, intended as alternatives to A-levels, which will be taught in schools and FE colleges, will be delivered by a single exam board.

It marks a radical departure from the model for GCSEs and A-level, multiple boards operate.

Anne Milton (pictured), skills minister, defended the proposal in sister paper FE Week, citing recommendations in the 2016 Sainsbury report on post-16 vocational education, which suggested that boards compete to deliver each T-level, but only one chosen winner would deliver the highest-quality qualification.

However Paul Goddard, a fellow of the Chartered Institute of Educational Assessors, said the T-levels will be “watched closely” by those interested in future qualifications reform. 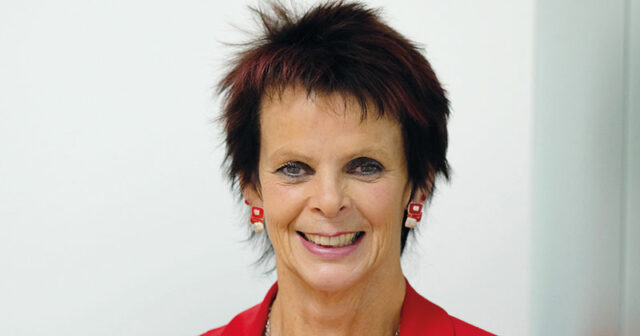 “If it goes ahead, everyone in the industry will be watching closely and seeing this as a testing ground.”

At present, 17 schools are set to pioneer the T-level qualifications from September 2020. Three so-called “pathways” will be taught, involving courses in design, surveying and planning; software application development; and education. More courses will be rolled out from 2023.

The last time the government mooted a single awarding body, it was met with a backlash.

In 2015, schools minister Nick Gibb threatened to scrap all exam boards and replace them with a government-run one after a review of mistakes by exam board OCR.

Research commissioned by the DfE warned that a single awarding organisation for T-levels could create a “risk of system failure”.

If it goes ahead, everyone in the industry will be watching closely

Rod Bristow, president of Pearson, which runs exam board Edexcel, pointed out that if an exam board folds or stops offering the qualification due to financial trouble, no other boards will have a specification ready to take on marooned pupils.

One advantage of a single-board model is that all the experts in a subject can work together on one exam board’s qualification materials, said Goddard, who is also a senior examiner.

Expert assessors in subjects such as engineering are spread too “thinly” between different boards, she said, which can dilute the quality.

With regards to any new model replacing A-levels and GCSEs, however, Goddard pointed out the current arrangements are so deeply established only a “really good argument” would ultimately dismantle them.

Earlier this week Ofqual launched a consultation about how it will regulate T-levels. The short window for responses, four weeks has drawn criticism from the likes of Meg Hillier, chair of the parliamentary Public Accounts Committee.

The exams regulator is asking for views on how it should frame its rules, including on issues such as how assessments should be set and marked, when retakes can be taken, and certification requirements.

Its mammoth consultation document is 71 pages long with 52 questions, but in the latest piece of evidence that the new technical qualifications are being rushed, it is only offering up time for responses until August 6 – half the usual period it sets aside. Ofqual itself recognised this was a short deadline.

“It is a very short timetable and at the wrong time of year for educational institutions, which are just about to break up for the summer,” Ms Hillier said.

“If you are going to introduce a new qualification, getting it right is really important. Rushing it through and risking getting it wrong could undermine it completely.”