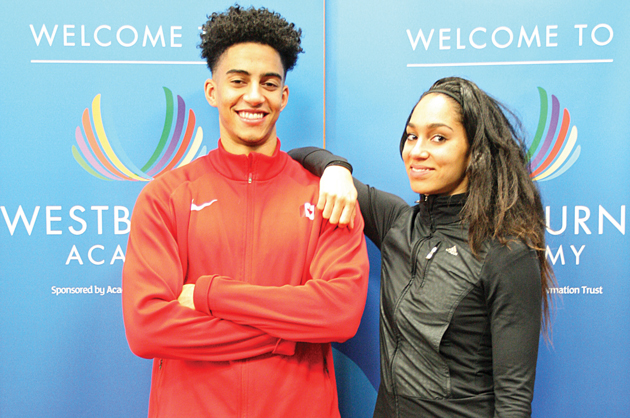 A brother and sister who are going for gold at this summer’s Rio Olympics returned to their old school in Ipswich to inspire current pupils.

Anton and Kerry Dixon, who are on target to compete in the long jump and 400m hurdles, took a break from their training schedules to deliver an assembly to year 10 pupils at Westbourne academy.

With their tagline “If your dreams don’t scare you they’re not big enough!”, the siblings told of their sporting journeys, including a switch from basketball
for Anton while at university in Canada.

Now living back in Ipswich, Anton and Kerry have finished their respective degrees in journalism and media, and say their sights are now firmly set on Rio.

Principal Garry Trott says: “Anton and Kerry’s words and experiences were incredibly powerful. They are two excellent examples to our current pupils of the benefits of hard work and dedication.”