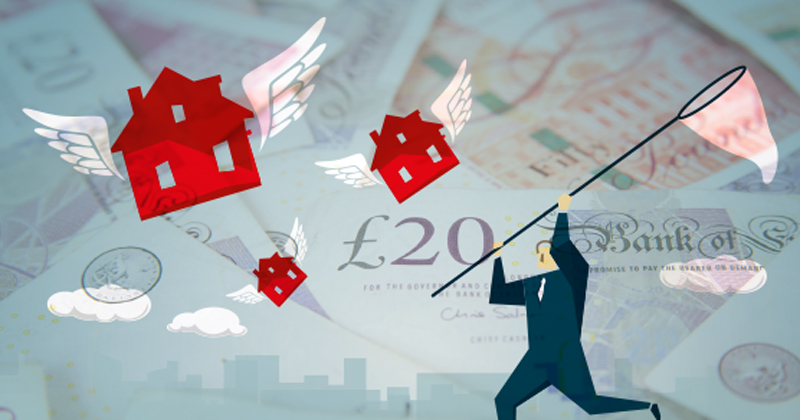 Thousands of council schools have not had their finances independently scrutinised for more than five years – three of which were last audited by their local authority nearly 20 years ago.

Schools Week can also reveal that council schools have been breaking rules over tax checks, issuing contracts and unauthorised pay rises for staff.

And not all councils check that schools have implemented recommendations from their audits.

Our investigation reveals concerns over council oversight of schools spending, with more than 2,200 schools not audited by their local authority in more than five years.

The findings challenge claims by supporters of the local authority-maintained system that councils have better oversight of their schools compared with the government’s grasp on academies.

However, councils say they have more mechanisms than just internal audits to check on finances, with one union boss claiming schools don’t feel “exposed”, despite the lack of audits.

Schools can also pay for their own external audits.

Our investigation also reveals disparity over transparency of finance checks, with the government now considering how to make the “playing field of transparency” between academies and council schools “more level”.

Schools Week obtained freedom of information requests from 86 local authorities relating to oversight and transparency of their school finance checks. Just 26 confirmed they had audited all their schools within the past five years.

At least 44 councils have not audited some of their schools for five years – a total of at least 2,200.

In Essex, three schools were last audited in 1999. More than 100 of its 272 schools haven’t been audited in more than ten years.

The council said internal audit was one of a “number of assurance mechanisms”, including schools’ own statutory self-assessments, monitoring by the council’s schools finance team, and evaluations visits from the Essex Education Service, the council’s privatised school support arm.

A Local Government Association spokesperson said councils “always maintain good and close ongoing relationships with schools” that “in many cases go beyond the need for an audit”.

They said council schools had to submit draft budgets every year for approval, and a three-year budget forecast.

The cost of audits falling on school budgets also meant that any “cutbacks are symptomatic of the wider squeeze on school and council funding”.

Julia Harnden, a funding specialist at the Association of School and College Leaders, said “the public should be reassured there are mechanisms in place to ensure financial oversight”.

She said schools also fell under external audits of local authority finances. “Our concern would be if schools felt exposed by having fewer local authority audits and would like the assurance of this process.

We haven’t picked up concerns so far, but we will keep an eye on how this issue progresses.”

Schools Week asked for the findings from council audits in the past three years. Two councils, Camden and Redbridge, both in north London, refused to release the information, saying it would “prejudice” their ability to audit schools.

Hackney in east London wouldn’t provide basic findings because it said publicising details could make schools “vulnerable to those who would seek to exploit a weakness for criminal benefit”.

However, most councils did provide details of the recommendations made after audits – many of which were also released in the public domain as part of reports to audit committees.

Only basic information is provided. For instance, a “no assurance” audit report of Waulud primary school in Luton, from January last year, found two contracts totalling more than £70,000 had been purchased with the same IT firm, despite one quote.

Five teachers were also given a pay rise without proper authorisation or documentation.

A “common findings” report based on audits in Cheshire East last year found key financial management responsibility and processes were not documented, which “may lead to fraud or waste”.

Whistleblowing policies were not kept up to date, with purchase orders not correctly approved, which could “increase the risk of inappropriate expenditure and misuse of public funds”.

In Sutton, south London, one school – not named – was found to have breached rules over not doing tax checks (IR35) on staff, or making inappropriate payments via main bank accounts rather than on payroll.

Staff were approving expenditure without getting required approval from the governing body; another case included funds that should “go through the main account” being paid into “unofficial fund account”.

These cases were all listed as “high” priority audit findings, but no further information was provided.

In Medway, Kent, a headteacher at one school had been authorising her own expenses, while staff at another school were using their own loyalty cards on school purchases, despite the school having similar loyalty cards.

In Cheshire East, a general findings document had concerns over recording pupil premium funding, with no spreadsheets retained for spending and invoices not clearly referenced.

Councils said that recommendations were normally followed up to check they were implemented.

But one council, Solihull, said it was up to a school’s senior management to decide whether to accept internal audit recommendations, and how to implement them.

How does this compare to academies?

Supporters of the local authority-maintained school system argue it has better oversight of schools than the government provides for academies.

However, our figures suggest that isn’t always the case.

Every academy trust has two audits a year, one of which is by an independent audit firm. If accounts are submitted to the government late, trusts are named and shamed.

Local authority audits do relate to specific schools, while academy audits relate to academy trusts. However, the most recent sector report shows that most trusts (1,976) had just one school. Of the 987 multi-academy trusts, more than half (511) had two or three schools – meaning most schools are visited as part of the audits. Schools Week understands that in larger trusts – where finance functions are run centrally – only a sample of schools are visited.

Audit findings from individual academies aren’t routinely published, but detailed expenditure from the audits are published via annual accounts.

Similar spending for council schools is hard to track down as it is reported in council annual accounts – which cover much larger expenditure across the authority, so have much less detail.

Sanctions for not following rules under the academies system also seem harsher. Councils allow schools time to implement recommendations, while academy trusts can face their funding being pulled.

The government also has a better track record of publishing information and investigations in such cases.

Twenty-five of the councils said they did not publish any findings from audit reports in the public domain. Although most councils do, the information is normally basic and not always held in a single or easily accessible format.

Meanwhile, the government publishes a raft of notices relating to academy finances, including financial notices to improve, and finance and governance reviews.

The government publishes investigations into academy trusts in all but “the most exceptional circumstances”, but Schools Week has extensively reported cases that suggest this isn’t always the case.

At least 14 investigations were launched on the back of council audit reports, but not one council would provide a copy of the report or detailed information.

Lambeth Council also refused a request by Schools Week under the freedom of information act to provide a copy of its investigation into Sir Craig Tunstall, the former executive headteacher of the Gipsy Hill Federation. The council said this would breach the Data Protection Act and “could cause distress to the individuals”.

National media had reported Sir Craig, regarded as England’s best-paid primary headteacher on £330,000 a year, was suspended in relation to allegations of fraud. He is no longer employed at the federation of six schools.

Last month, The Times reported that former headteacher Alan Davies had been ordered by the High Court to repay Brent council nearly £1.4 million in unlawful bonuses.

Davies had ran Copland Community School, in Wembley, north London, for 20 years until he was suspended in 2009. In 2013 he pleaded guilty to creating a false paper trail on bonuses and allowances, and was stripped of a knighthood.

The council said that in one year alone Davies was paid £400,000, three times the “going rate” for his job.

In October, Kirsty Holmes, a former school business manager at Battersea Park School, in Wandsworth, south London, was jailed for three-and-a-half years with her partner for stealing more than £220,000 from the school.

A release issued by the Met Police said that council financial audits from 2010-12 found 15 cheques, ranging from £7,500 to £32,000, had been paid out of the school’s account with no corresponding invoices.

By March 2012 the couple had fled to Gambia, buying property and a fleet of taxis, according to the council, to set up a transport company. They were arrested after returning to UK in December 2014.

Chris Whiting, a director at the financial management firm Academy Advisory, said some of the issues uncovered in the academy sector existed in council schools, and either weren’t picked up or not dealt with properly.

“In the academy sector, you have more freedom and with that is the ability to do more wrongdoing should you wish to do so. But there’s more accountability and checking by independent people. Wrongdoing is much more likely to be found out.”

‘Levelling up’ the transparency gap

Our investigation also reveals councils are stepping away from routine inspections.

While many councils audited schools on routine cycles – ranging from between every three to seven years – others are moving to only auditing when risks are flagged.

But the government wants to shake things up. Lord Agnew, the academies minister, told Schools Week the “playing field” of transparency between council and academy schools “should be more level”.

“We can’t just say ‘academies are inherently bad’ and lack transparency when the maintained sector does not have the same level of transparency.”

Agnew had previously told Schools Week he was working on an “accountability matrix” between council and academies to show the difference in approach.