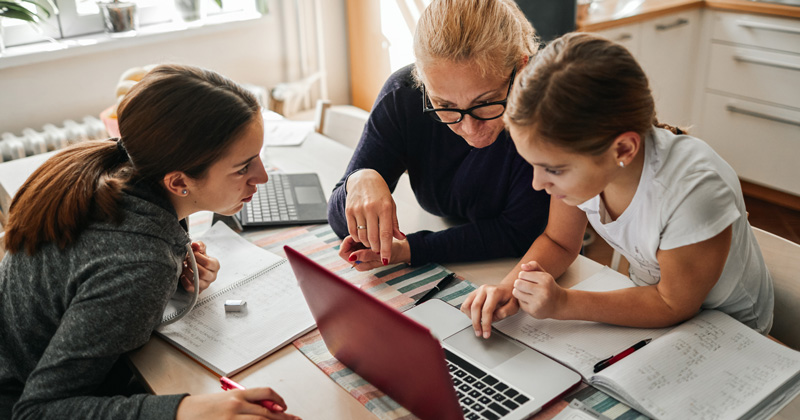 The government has intervened to urge parents not to take the decision to remove their children from school “lightly” after councils across England reported soaring increases in elective home education (EHE) registrations.

Elective home education is when a child is permanently removed from a school’s roll to be educated at home. It is different from home-schooling, and means parents or carers take sole responsibility for their child’s education, including any associated costs.

Only a small proportion of the nation’s children are home-educated, but registrations have rocketed this term, with some of the country’s largest local authorities reporting increases of more than 200 per cent.

People aren’t stupid. They look at year groups being sent home,  whilst at the same time [the government is] saying it’s completely safe

Baroness Berridge, the minister for the school system, this week urged parents considering home education to talk to schools.

“Home education is never a decision that should be entered into lightly. Now, more than ever, it is absolutely vital that any decision to home-educate is made with the child’s best interests at the forefront of everyone’s minds.”

Lincolnshire county council logged 387 EHE registrations in September and October this year, up from 124 in the same period last year, a rise of 212 per cent.

However, a spokesperson said a part of this difference “appears to be driven by people applying later than usual this year”, as the numbers for March to August were “less than half that of last year”.

In Kent, there were 588 new EHE registrations in September this year, up 180 per cent from 210 in the same month last year.

In one case, 56 pupils did not return to one school – Hartsdown Academy in Thanet – at the beginning of September.

Matthew Tate, the school’s head, said the rise was “absolutely due to Covid”, but that after meeting with parents, the school had managed to get all but two of the pupils back.

“When people understand the commitment that they’re taking on … and the costs of it, the costs of exams and those kinds of things, we quite often can get them to rethink.”

Tate also accused ministers of “dishonesty” over the safety of schools.

“People aren’t stupid. They look at year groups being sent home, schools part-closing, all those kinds of things, whilst at the same time [the government is] saying it’s completely safe and it’s not spreading in schools.”

Craig Chapman, Kent County Council’s interim head of fair access, said some parents had chosen to educate their children at home “as a temporary measure because they have concerns relating to Covid-19 and are not yet ready to return their child/children to school”.

In Essex, the number of children being electively home-educated rose 1,588 at the end of September last year to 1,903 at the same point this year.

A spokesperson said that while there had been a “gradual rise” in the number of pupils being electively home-educated in recent years, the increase this September was “greater than usual”.

“We cannot state that the additional increase is due to coronavirus, but we acknowledge that, for some families, this may have been one of the considerations that led them to de-register their child.”

Derbyshire also reported a 90 per cent rise in registrations this term compared with last year – from 78 to 148, while in Hertfordshire registrations rose by 76 per cent and in Hampshire 51 per cent.

In Leeds, the city council received 78 elective home education registrations in the first three weeks of September, up from 32 in the same period last year.

Councillor Jonathan Pryor, the city’s executive member for learning, skills and employment, said the council had tried to be “as communicative as possible” with parents, but said some had been “spooked” by mixed messages from government.

Now, more than ever, it is absolutely vital that any decision to home-educate is made with the child’s best interests at the forefront of everyone’s minds

“The level of uncertainty will be contributing to the problem, because it does filter through, and the end result is parents choosing to take their children out of schools,” he said.

We approached the 20 councils with the highest number of schools, and found others that had published data on the problem recently.

The findings come after an Ofsted pilot study of 130 schools revealed that one third had “unusually high numbers” of pupils being taken off-roll.

In an interview with The Guardian, Amanda Spielman, the chief inspector, warned that misinformation on social media was a contributing factor.

Julie McCulloch, the director of policy at the ASCL leadership union, said the increases were “of great concern”.

“We would urge parents against removing their children from school unless they are fully confident that they are able to deliver the depth and breadth of learning that their children require.”