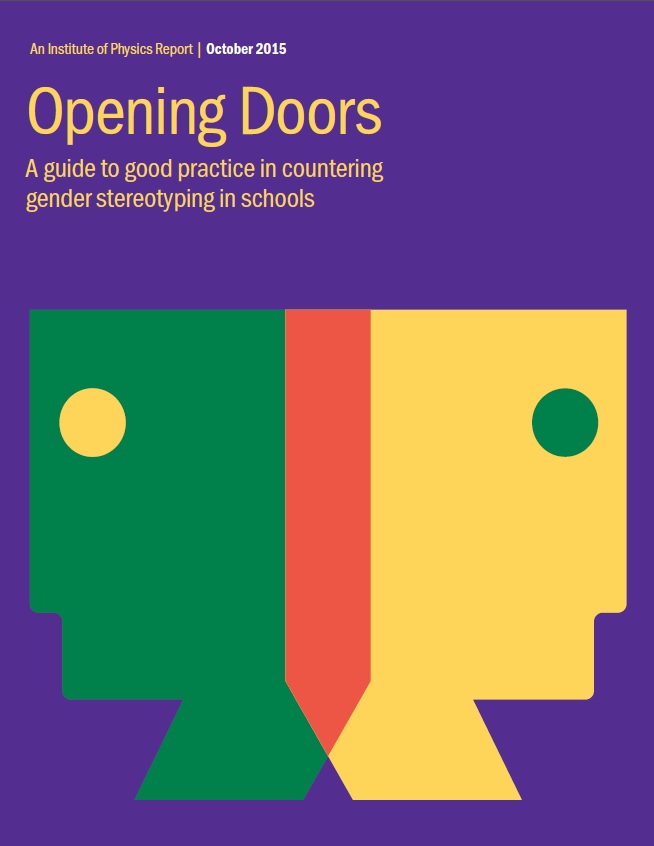 The Institute of Physics (IOP) today released recommendations for initiatives that can be implemented in schools to counter gender bias, including in subject choice. It will be presented at a conference later this morning.

It has nine recommendations for school leaders, including challenging sexist language, presenting subjects equally in terms of their relative difficulty, and having regularly timetabled PSHE lessons.

The report said it is not just sexist language between pupils where there is an issue.

“Students were also sensitive to casual comments made by teachers, which, while not consciously sexist, often reinforced gender prejudices,” the report says.

A key point in the report was training for teachers in gender equality. The report said girls resented some techniques used to tackle behaviour problems such as seating plans.

The report said: “Some schools, mindful of bad behaviour from boys, had policies of alternate boy–girl seating, effectively using the girls as buffers to keep the boys apart. In general, the girls noticed and resented this policy.”

The report also noted pupils were “particularly sensitive” to perceived gender bias in teachers, such as “subtlety” in the different treatment of students.

It stated: “Both girls and boys routinely felt that bad behaviour is tolerated more for girls than for boys, whereas for violations of the dress code it is the other way around.”

Funded by the government’s Equalities Office the guidance was put together after a pilot project in 10 secondary schools in the south and south west of England.

It found that to break down barriers in one subject, the whole school environment must actively play a role in gender stereotyping.

Dame Barbara Stocking, who will chair the conference at the IoP and is a former chief executive of Oxfam, said: “We know we have a problem with gender stereotyping of subjects in schools.

“This is particularly an issue for girls in maths, physics and engineering, boys in modern foreign languages and a general underperformance in GCSE grades.”

IOP president Professor Roy Sambles said while the issue of low uptake of physics among girls has been a long-standing concern “there’s a lot in common between the low numbers of girls taking physics and similar gender imbalances in other subjects.”

A Government spokesperson said: “As a government, we are committed to doing everything we can to help women feel empowered so that no career is seen as off limits.

“That’s why we’re prioritising work to get more girls into careers into Science, Technology and Engineering subjects – to help bridge a gap in our future economy and get them on the path to some of the highest paid careers.

“While we support the work that IOP has put into this guide and the advice it offers to help get more girls into STEM, we trust schools to know what is best for their pupils and to adopt the approaches that work for them.”