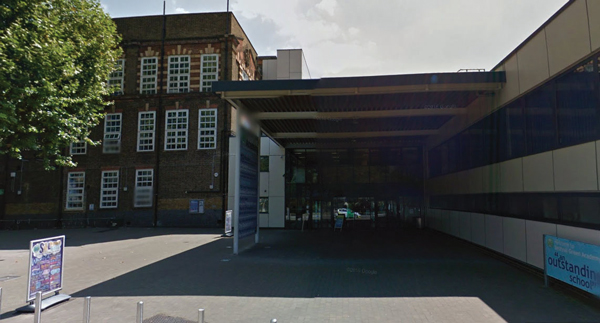 An Ofsted spokesperson confirmed the visits, stating: “We are undertaking a small number of unannounced survey visits to schools to look at issues concerning attendance and pupil mobility.”

The visits would not result in a section 5 or section 8 inspection report. It was unclear if an evaluation or thematic report of the findings would be released.

A council spokesperson said: “The council were made aware of these visits to gather information on attendance, persistent absence, pupil mobility and admissions. We are confident in our processes and await official feedback from Ofsted. We continue to work closely with local authority schools to ensure the safety of all children in the borough.”

The attendance reviews follow a number of high profile cases of teenagers travelling to the Middle East to join ISIS fighters.

Three girls from Bethnal Green Academy (pictured), in Tower Hamlets, left home in February to join ISIS and this week, three sisters from Bradford are believed to have taken their nine children, aged between 3 and 15, to Syria.

In January the education watchdog appointed Andrew Cook as director for extremism. He was part of the team that inspected Park View Academy in Birmingham during the Trojan Horse allegations. He is also director of the East of England Ofsted region.

“We have always taken this into account, but we believe it is important that a member of the Ofsted executive board oversees these issues.” But Zafar Ali, founder of the IQRA School in Slough – one of the first Muslim schools to host a conference to combat radicalisation last year – said he had not heard of this sort of check before.

“All pupils, regardless of religion and race, take unauthorised leave. This will not do any good to get co-operation from the Muslim community. They will ask ‘why are you just picking on these schools?’

“Attendance is an important issue, but it should be monitored closely by every school, many of which have active school homing teams to look at long-term absences.”