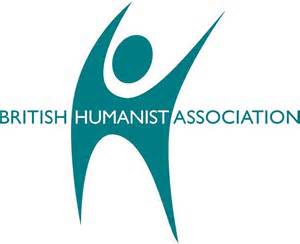 Ofsted has come under fire from the British Humanist Association (BHA) for what it says is “a concerning level of inconsistency” in the inspection outcomes in some strict Orthodox Jewish faith schools.

According to the BHA, analysis conducted by ex-Charedi Jews has revealed inconsistencies in the inspection outcomes of some Charedi Jewish schools.   The BHA said: “Looking at Ofsted reports of independent Charedi boys schools during the period 2007-2014, it was found that Charedi schools were rated as ‘good’ or ‘outstanding’ 71% of the time when inspected by a member of the Jewish community, but only 22% of the time when inspected by a non-Charedi inspector.”

The analysis only included Charedi boys’ schools and the schools are in Hackney in London, Gateshead, Manchester and Salford. The BHA added that this “reinforced concerns” raised last year “after a former pupil of a Charedi school told the All Party Parliamentary Humanist Group (APPHG) that Ofsted inspectors have not always been independent from the schools they are inspecting”.

BHA faith schools campaigner Jay Harman said his organisation would be writing to Ofsted to “bring these inconsistencies to their attention”. He added: “Such a stark difference in the outcomes of these inspections raises questions not only of consistency, but also of partiality. It cannot be right that inspection grades vary depending upon who inspects the school.”

The i100 website reported a spokesperson for the National Association of Orthodox Jewish Schools saying in response: “The Haredi (Charedi) schools curriculum is a cross-curricular programme including, maths, geography, history and science, which can only be fully understood by inspectors who are knowledgeable and fully trained to inspect such schools. “Inspectors who don’t understand the curriculum contents nor the language of instruction cannot make an accurate judgment.”

A spokesperson for Ofsted said: “Ofsted inspects independent schools against a clear set of standards set by the Department for Education. These standards were strengthened last year, especially around the need for schools to provide a broad and balanced curriculum.”