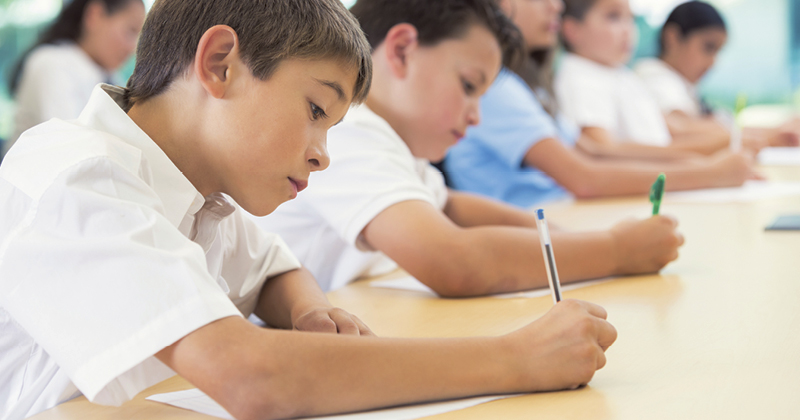 Imposters are taking the 11-plus entrance exam to get children into competitive grammar schools, claims a former headteacher.

The allegation adds fuel to worries over the government’s plan to reintroduce grammar schools – with poor test regulation joining statistics that show the schools exacerbate inequality in outcomes.

Andy Williamson, who led Wilmington grammar for boys in Dartford until this month, told a select committee at Kent County Council in February of the “injustice” of students from outside Kent taking the exam. The committee hearing was on grammar schools and social mobility.

Williamson said he received a list of 250 boys’ names to sit the test on a Saturday at his school, but there was no identification process to confirm who turned up.

Minutes of the hearing, which have now come to light, state: “He [Williamson] is aware that cheating is taking place and the only way of proving it is to check handwriting against the creative writing test. This needs to change.”

David Anderson, headteacher of Queen Elizabeth’s grammar in Faversham, who also attended the committee meeting, said he had not experienced this problem but was aware of the situation.

He told Schools Week: “I’ve heard Andy talk in the past about the problems with the children turning up to take the 11-plus. He talks about these supposedly 11-year-olds who turn up with beards and things like this.

“All students have to do is ring up and book a test, give their name, and then they sit it. You never really know 100 per cent who it is who turned up to take the test because there is no validation of identity. Cheating in this manner does not come as a surprise to me.”

Edward Wesson, head of The Skinners’ School, a grammar that runs the 11-plus exams for out of county pupils in Tunbridge Wells, agreed the system was “at risk of imposters” and “certainly open to abuse”.

Anderson said some form of identification process needed to be put in place to stop any cheating. “I can’t believe identification checks are not in place. It is very strange.”

Responsibility for the validity of the test lies with the local authority.

Kent council told Schools Week that cheating allegations were “very rare” but the authority had explored processes to stamp out the issue.

Scott Bagshaw, head of admissions, said that from this year children taking the test must wear their school uniform and that pupils from the same school would “as far as possible” be tested at the same centre on the same day “which also gives some assurance that a stranger would be spotted”.

Bagshaw agreed that checking handwriting had so far been the only way to check a child’s identity and it had been “sufficient” in the cases investigated over the past 10 years.

Joanne Bartley, a Kent mother who founded the anti-grammar expansion Kent Education Network, said this was further evidence that selective schools were “not the answer”.

She said: “It is just another fault with the 11-plus exams. The whole system isn’t proactively regulated and there are no clear rules for how it should be sat.”