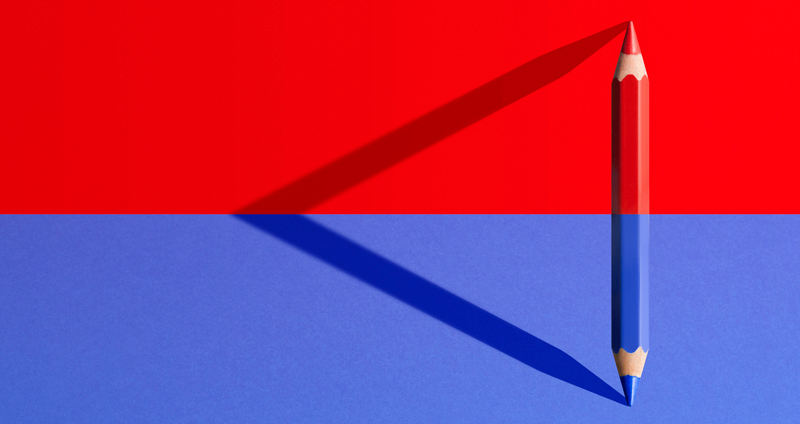 “The National Education Service remains as amorphous a concept as ever”

In a world of political turmoil, teacher votes matter. For a start, there are half a million people in the profession. That’s almost one in 60 of the working population. Parents are also a hefty group. More than 8 million voters currently have children in a UK school. What teachers think about politics, and how this is communicated to parents, can therefore have a significant impact on who holds the key to No 10.

So, how do teachers vote? Since 1997, the profession has traditionally voted Labour, along with many other public service workers. Our Teacher Tapp panel – which now numbers over 3,500 – followed this same pattern at the last election. In 2017, around 60% of them said they cast a vote for the Labour party, while only 12% voted Conservative, which might account for why so many Tory teachers have said they feel uneasy talking about politics in the staffroom.

Teacher support for Labour is not inevitable, however. When we polled last November, only 47% of teachers said they would vote Labour if a snap election was called. Admittedly, things were even worse for the Conservative party, which garnered just 9% of the vote.

One reason for the dip was that a substantial number of teachers changed to “I don’t know yet” – a category that isn’t available when asking people how they voted at the last election. However, even if we assume that every person in that group voted the same as they did previously, it still wouldn’t get Labour back up to its original position.

And things are now looking worse for the party. Last month, when a number of MPs broke away from the traditional political parties to form the Independent Group (or TIG, for short), we polled teachers to find out how attractive they found the new group. Despite TIG having no leader, no policies and no unifying philosophy, they came out as the group teachers were most likely to vote fore if a snap election were called. To reiterate: a group that people know almost nothing about received the highest number of teacher votes (21%). Labour was, admittedly, only a smidgeon behind, at 20%, and the Conservatives, down to 5%, were decimated. But, still, how are we living in a world where an entirely untested group is somehow preferred by teachers?

It’s no surprise that teachers are losing patience

In part, the trend appears to be age-related. Labour remains broadly popular among under-30s and over-60s. But there is a real distaste for politics among the current 30-55 age group, which makes up a huge amount of the teaching population.

There’s also a problem with the educational agendas of both parties. The Conservatives no longer seem to have a unifying philosophy. Damian Hinds, the education secretary, is like a kid at the fair. His energy bounces from one thing to another – mental health, edtech, knitting (!), workload, uh-oh some sex stuff – but none of it seems to be amounting to anything. If an election were called tomorrow, it’s not even clear if grammar schools would be in the manifesto, and that’s about the only educational thing that Theresa May has shown any interest in. When the linchpin policy isn’t even obvious, the party is screwed.

Over on the Labour side, the National Education Service remains as amorphous a concept as ever. The will-they, won’t-they keep academies debate shows no signs of being resolved. And Jeremy Corbyn is still insistent on sinking billions into free tuition fees even though early years and school funding are more important.

Given all this, it’s no surprise that teachers are losing patience. If TIG can get a march on the other parties, and come up with some sensible policies, their slight lead may become a much bigger one. And with 500,000 teacher votes up for grab, it may be a very important one.