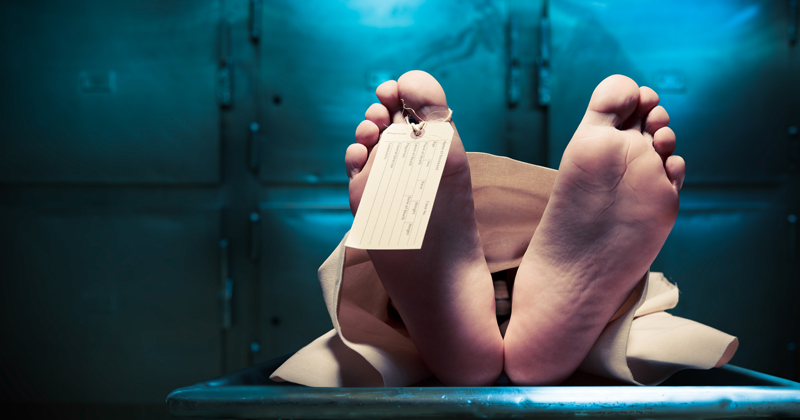 “It's a lot less uncomfortable than a post-mortem!”

Back in 2007, Nassim Nicholas Taleb published The Black Swan: The Impact of the Highly Improbable, a pretty wordy and convoluted tome (makes an excellent doorstop) that pointed out that rare or unlikely events do happen, events such as the 2008 financial crash. Events that we often believe we “couldn’t see coming” before they happened. But could we, if we really went looking for them?

Schools are full of black swan events waiting to happen.

To teach is to experience failure daily. As a teacher and a head of department, many of the interventions I introduced to help my students – from new textbooks to IT “solutions”(?!) – turned into black swan failures – seemingly unpredictable and unavoidable.

But would they have turned out differently had someone introduced me to the work of Nancy Cartwright? And for the record, I don’t mean the actor who voices Bart Simpson.

For those of you not acquainted, she is a professor of philosophy at Durham University and, among other things, is one of my go-to thinkers on evidence-based decision-making.

Evidence Based Policy: A Practical Guide to Doing it Better is a book that Cartwright wrote with Jeremy Hardie (and for the record, I don’t mean the guy from the News Quiz), a book that changed the way I think about failure. Cartwright and Hardie, you see, introduced me to the premortem.

The term “premortem” was coined by researchers to describe ways of putting into operation the idea of “prospective hindsight” , a technique that involves providing an explanation for a future event as if it had already happened. Here’s how a premortem works.

Announce to your colleagues that the intervention has failed. Spectacularly.

Firstly, the premortem comes at the start of a proposed intervention, not at the end of it (it’s pretty much the diametric opposite of a post-mortem), and its intention is to improve an intervention or project, rather than simply offering a post-hoc critique. It works on the assumption that the patient – the intervention – has died. It’s failed. The task, then, is to come up with plausible explanations for that failure and, in doing so, highlight the things we need to address to increase our chances of success when we implement.

Here are the steps to take to try the premortem technique out:

1. Present your proposed intervention to colleagues, and ask your colleagues to think ahead to a time in the future (when the intervention is implemented).

2. Announce to your colleagues that the intervention has failed. Spectacularly.

3. Ask colleagues to write down – independently – all of the reasons they can muster to explain the failure (especially those that they would ordinarily avoid saying!).

4. Ask each person in turn to read out a reason for failure and record it (do this until all reasons are recorded).

5. Review the list. Identify ways to address the potential causes of failure (and hopefully avoid them).

The technique helps to throw up many of the common black swans of the classroom that we would prefer to avoid: timetable changes, changing school priorities, staff leaving, and dwindling enthusiasm for challenging projects. It also helps colleagues to talk about black swans without them sensing a need to protect the heavily-invested intervention champion’s ego in the aftermath of a failed intervention.

Intervention or project failure in school is more predictable than often we’d like to admit, and a premortem can help see it more clearly before it happens. And it’s a lot less uncomfortable than a post-mortem.