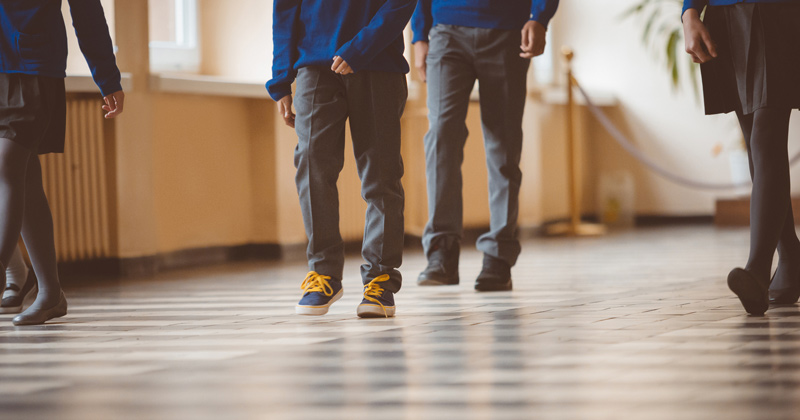 With media headlines alleging that a “30-year-old” had been spotted in a year 11 class, we asked a lawyer to explain how the age of asylum seekers is determined, and how schools should handle such claims

Recent headlines have alleged that there was an adult seeking to attend school, claiming to be a child. How does the law deal with these issues?

The UK is a signatory to the 1951 Refugee Convention. This means that people may make a claim for asylum which, if granted, gives them refugee status. Where a child makes a claim for asylum they have additional rights, including accommodation and associated support from local authorities as a child in need.

Sometimes the first time a child comes in contact with the authorities, is when they are discovered by the police. They can be referred to the Home Office, which has to make a preliminary decision on whether or not they are a child. But what happens if there is a dispute over this?

Social workers must undertake an assessment to determine the age of the young person – who is entitled to have an appropriate adult present during the process. They will assess factors such as appearance, demeanour, medical factors, any documentation, family history and an account of their journey to the UK. They will hear evidence from people who know the young person, which may include voluntary sector organisations or a foster carer.

The reality, though, is that if there are no documents, trying to assess age is very difficult. Appearance is unreliable. Moreover, the young person may have had a traumatic experience that has made them mistrustful of authorities. Just because a young person may have inconsistencies in their account of how they came to the UK, it does not follow that they are being dishonest about their age. Young people who have made their way to the UK may well be more mature because they have had to adapt to life in very difficult circumstances.

Trying to weigh up all these factors is a difficult process but ultimately the local authority has to reach a conclusion. Legally there is no burden of proof and the young person should be given the benefit of the doubt.

A judge ultimately has to make the decision

If a young person does not agree with the age assessment, they can apply for judicial review to the High Court. This is where a judge is asked to decide whether or not a public authority (in this case the local authority) has acted lawfully. This means they have to have the legal power to make the decision and they must have been reasonable (have sufficient reasons for their decision), rational (have regard to relevant considerations only) and act in a procedurally fair way (in age assessment, this means the young person should have the opportunity to comment on any adverse conclusions).

Once the actual age of a child has been determined by a court then public authorities (including schools) would be obliged to accept that child’s age as determined. There is specific Department for Education and Home Office guidance on assisting children who are unaccompanied asylum seekers.

Given the legal and policy framework for unaccompanied asylum seekers, hopefully concerns around adults being present in schools should be rare. Where the age of a young person has not been legally determined then schools should seek legal advice. Concerns should be addressed in the first instance to the local authority. However, great care must be taken to ensure that a young person is treated in a fair and sensitive way. Unfortunately the negative publicity generated by headlines can have a tendency to focus on the potential risks rather than consider the legal and policy framework overall.