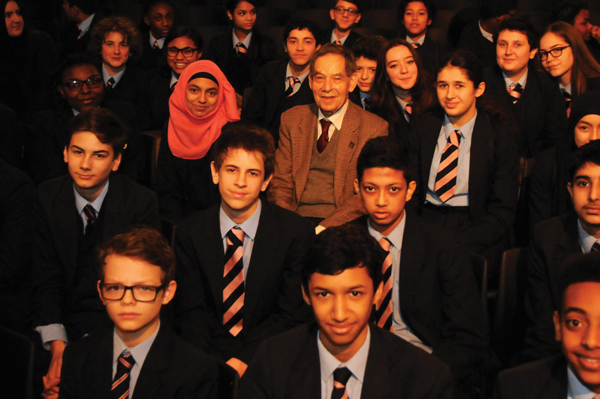 The testimony of Holocaust survivor Rudi Oppenheimer was streamed live into hundreds of schools across the country last week.

More than 30,000 people watched the video to mark Holocaust Memorial Day on January 27.

Rudi is a survivor of concentraction camp Bergen-Belsen and was awarded the British Empire Medal in the latest New Year’s Honours List.

Mr Oppenheimer has already spoken to almost 1,600 schools through his work with the Holocaust Educational Trust but the streaming resulted in him talking to his largest audience to date.

Rudi said: “Before today, the largest audience I have spoken to was around 600 people. To know that thousands of people across the country have heard my story today is truly incredible.”

The event was broadcast live from Pimlico Academy, London, and those watching online were able to ask Rudi questions.

Karen Pollock, chief executive of the Holocaust Educational Trust, said: “As Holocaust survivors sadly become fewer and frailer, we want to ensure as many people as possible have the chance to hear their testimony while they still can.”