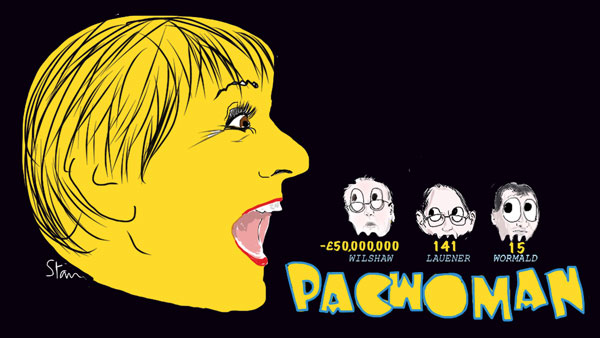 MPs were stunned in a Public Accounts Committee (PAC) on Monday, when Peter Lauener, chair of the Education Funding Agency, was unable to state how many academies were currently managed by “paused” academy trusts.

Conservative MP Richard Bacon asked Mr Lauener to give the number of schools currently managed by academy trusts that have been formally “paused”, a move that follows DfE concerns about their capacity.

Mr Lauener said 18 academy trusts were currently on the pause list, but he did not have the number of schools operating within the trusts’ oversight. He offered to write to the committee with the answer.

Mr Bacon had asked: “How many academies sit within paused chains?”

To which Mr Lauener responded: “I can’t give you that figure now, we can supply that figure afterwards. I would…”

“Somebody in the room must know? These are academies whose senior management, the body to which they belong, have been told ‘you are not doing a good enough job so you have to pause’.

Subsequent analysis by Schools Week shows there are 16 paused chains, with 177 schools, almost 4 per cent of all academies, between them. About 104,000 pupils, about 3.6 per cent of all children currently educated in academies, attend those schools.

During the session, MPs also raised the issue of local authority responsibilities towards safeguarding in academies. A recent National Audit Office report revealed that 15 per cent of local councils said they were not monitoring safeguarding arrangements in academies and 15 per cent would not intervene directly in academies if pupils’ safety was threatened.

Mr Wormald said he was “very surprised” by the figure, but that “on the strict question of who is statutorily responsible for intervening when a child is in danger, that is the local authority working with other statutory agencies, and it has been that way since 1989”.