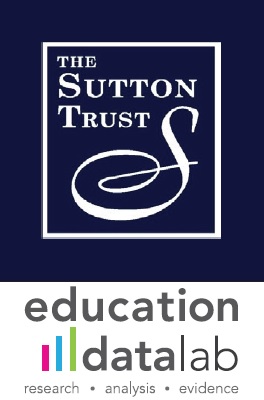 Highly able primary pupils are “missing” out on high GCSE grades with some areas serving talented pupils much worse than others, a new report published today has revealed.

Analysis carried out by Education Datalab director Becky Allen, on behalf of the Sutton Trust, looked at 7000 children who achieved in the top 10 per cent of key stage two scores at the end of primary school.

Fifteen percent of the highly able children failed to achieve in the top 25 per cent results at the end of their GCSEs. Boys on free school meals were particularly prone to seeing their achievement fall and become part of the group labelled as ‘missing talent’. The report notes how areas with grammar school, such as Buckinghamshire and Trafford, had fewer “missing talent” pupils.

Areas featuring in the “high missing talent” list – such as Knowsley and Hull – had fewer pupils maintain high achievement between the end of primary and secondary school. But the report also said those areas typically had fewer pupils achieving highly at primary school.

Dr Allen said: “I believe in comprehensive schooling for various reasons. The onus is, however, on the schools who wish to call themselves comprehensive to enable every child to reach their full potential; if you can’t do that then it becomes harder to justify all-ability secondary schools.”

The report also shows that free school meal pupils are less likely to be taking English Baccalaureate subjects such as history, geography or a modern language at GCSE.

Dr Allen said it is not known if the subject choices are choices made by pupils, or a decision made by the school.

She said: “This surprised and interested us. All highly able pupils should be able to do triple sciences, and most comprehensives do offer it. What we do not know here is the extent to which the school has supported them in making these very different curriculum choices.

“I would argue that highly able children should be directed to what appropriate choices are available to them based on their ability.”

Thirty-six per cent of highly able boys on free school meals underperformed in their GCSEs, compared to 24 per cent of disadvantaged girls.

In comparison, of boys and girls not in receipt of free school meals only 16 per cent and 9 per cent failed to meet expectation.

The report argues that pupil premium funding for highly able disadvantaged children should be maintained in the future.

He said: “While this may draw attention to high-attainers falling behind, there are people who are never given the chance to attain and don’t have anything to build upon.

“I don’t think this provides an argument for diverting money in one way or another.

“It is important for children to fulfil their potential and this might give strength to an argument to distinguish the pupil premium funding between low attainers and those who are disadvantaged.”

Tim Dracup, gifted and talented blogger and advocate, said: “I wholeheartedly support any action to reinforce effective practice in using pupil premium to support ‘the most able disadvantaged’.

“Ofsted is already taking action, but this should also be embedded in pupil premium reviews and become a higher priority for the Education Endowment Foundation.

“Given their close relationship, I hope the Sutton Trust will pursue that course. They might also publicly oppose Teach First proposals for redistributing pupil premium away from high and middle attainers and engage more directly with those of us who are pursuing similar priorities.”

The study did not analyse whether disadvantaged pupils who achieve averagely at the end of primary school also see a similar dip in results.