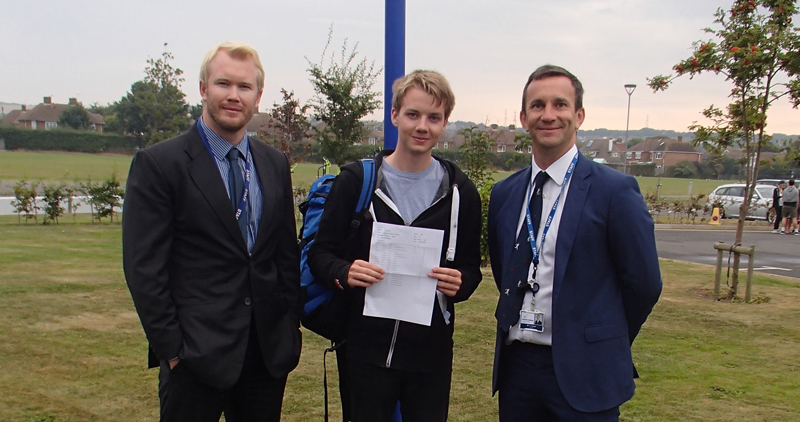 Spencer Pescod is jetting off to Boston today to start his journey at Harvard university after achieving three A*’s in biology, maths and further maths, and two A’s in chemistry and physics.

The 18-year-old landed a scholarship in mathematics and science to attend one of America’s top universities after fulfilling his potential at Shoreham academy, a non-selective school in Shoreham-by-Sea.

Spencer said: “I am really pleased, picking up my results on the way to the airport to fly to America and studying at Harvard. I can’t wait.”

Kieran Felton, head of sixth form said: “I am delighted with the sixth formers and staff at Shoreham academy – It is incredibly rewarding to be part of such a successful journey.”