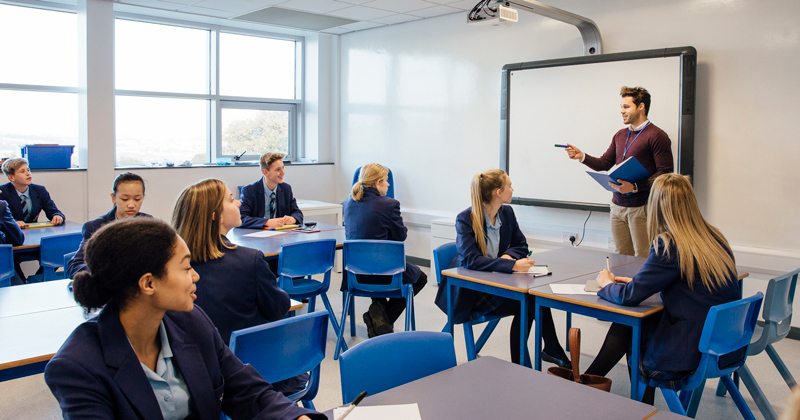 Funding for expansion is exactly how grammar schools like ours will deliver on our social mobility promise, writes Gary Hickey

The grammar school debate has once again reopened, this time because of reporting on the ineffectiveness of the government’s selective schools expansion fund (SSEF) in increasing access to selective schools for disadvantaged children. Unfortunately, it is too easy to overlook those grammar schools that are addressing social mobility head-on and already showing significant successes.

When I became head of Adams six years ago I wanted to prioritise disadvantaged children and increase our local intake, which had over years been eroded by considerably more affluent pupils from further afield. The outreach work we implemented has resulted in a significant increase in local pupils attending. Five years ago, on average only six pupils came from the eight local primary schools (that’s six from all of them combined, not six from each). I didn’t believe that was fair or representative of the ability of the pupils in those primary schools. This year, we will be welcoming nearly 30.

Then, we introduced an attendance priority area for local children and rewrote our admissions policy to prioritise pupils on free school meals or in receipt of pupil premium (with no cap on numbers  ̶  unusual for a grammar school even now).

An invitation in 2017 to meet then-prime minister,Teresa May as part of a small reception for schools doing “exceptional work in the field of social mobility” was also followed by media interest from The Guardian and local and national BBC TV and radio. We were clearly doing something right.

By 2025, we will have created an extra 150 places with priority for those from disadvantaged areas

This year, we are one of only six schools nationally to be awarded an SSEF expansion grant in the latest round. We are building a new teaching block to allow us to expand our premises to create more places. This is particularly important at a time when there are increasing numbers of pupils reaching secondary age – over 1,000 extra places will be required over the next four years – and there is also such high demand from parents for selective school places (an uncomfortable truth for some). Telford is also one of the most educationally disadvantaged boroughs in the country.

In order to continue our successful work in the field of social mobility we wanted to widen our attendance area to include significant areas of Telford, and not just Newport (as it is currently). We worked closely with the local council and used the IDACI index to identify key areas of disadvantage and deprivation across the borough, and from that we created a list of primary schools that serve those areas. This will mean that all those boys who live in those parts of Telford will have priority should they pass the entrance test.

We have also changed our admissions policy (again) to prioritise all those on pupil premium regardless of where they live. Doing this will benefit not only local boys and those from disadvantaged circumstances but will, by widening the mix of students at the school, benefit everyone we educate. The outcome is that we will be increasing our annual pupil admission number from 105 to 135, which means an additional 30 places in each year group (years 7 to 11) from September 2021 onwards. By 2025, we will have created an extra 150 places at Haberdashers’ Adams – the greatest single expansion of pupil numbers in the four-century history of the school, with priority given to those from disadvantaged areas.

Nay-sayers will of course claim that this is only a marginal effect, but increasing local attendance from six to nearly 30 (in a year 7 group of 105) has already had more than a marginal effect locally. SSEF funding enables us to push forward, to extend this outreach to as much of the borough as we can and give priority to more pupils from disadvantaged backgrounds. The effect of that will be significantly more than marginal.

Fundamentally, this is about levelling the playing field, removing barriers and giving a fair opportunity to as many of Telford’s children as we can. Which is exactly what grammar schools were set up for in the first place.