The government has said it will provide free school meal vouchers over the summer holidays in a significant U-turn, following mounting pressure led by footballer Marcus Rashford.

Until today, ministers had been adamant that the scheme, which has replaced school lunches for many disadvantaged children during partial closures, would end when schools break up in July.

But following growing pressure from unions, campaigners, celebrities and even MPs from his own party, Boris Johnson’s official spokesperson has announced the creation of a £120 million “Covid summer food fund”.

The Department for Education said families of children eligible for free school meals would be provided with a voucher “to cover the full six week summer holiday beginning next month, which schools will be able to order before the end of term”.

Vouchers will be provided via the existing system run by Edenred, which will run until “the end of the summer term”. Schools will be asked to put in orders for support over the summer holiday” before the start of the holidays, and guidance for schools “will follow shortly”. 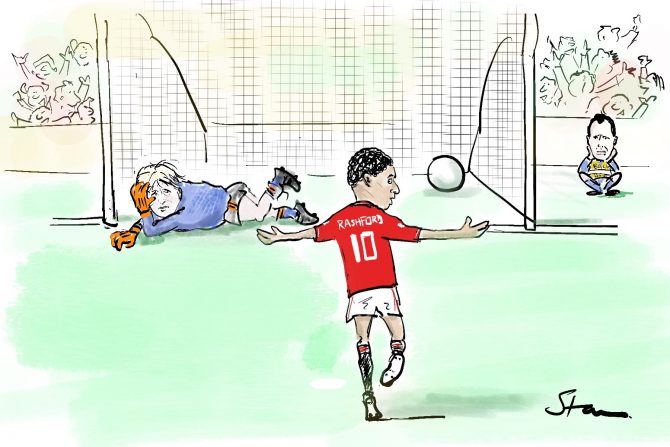 It comes just hours before ministers were due to face a grilling on the issue in Parliament.

Calls for the extension of the voucher scheme started weeks ago, and come after ministers were forced to extend the programme to cover both the Easter and May half term holidays.

It follows concerns that the coronavirus pandemic has pushed many hard-up families further into poverty, meaning support over the summer holidays will be even more crucial.

Asked about support over the summer, Raab admitted it would be “difficult”, and referred to the DfE’s pilot of holiday food and activities, which only helps a tiny fraction of pupils across England, and is now in its third year.

The U-turn follows a high-profile intervention from Manchester United footballer Marcus Rashford, who penned an emotional open letter about his experience of relying on free school meals.

I don’t even know what to say.
Just look at what we can do when we come together, THIS is England in 2020.

His letter propelled the issue back onto the national agenda, and prompted Labour to call an opposition day debate on the issue in Parliament this afternoon.

It read: “The government has taken a ‘whatever it takes’ approach to the economy – I’m asking you today to extend that same approach to protecting all vulnerable children across England.

“I encourage you to hear their pleas and find your humanity. Please reconsider the decision to cancel the food voucher scheme over the summer holiday period and guarantee the extension.

“This is England in 2020 and this is an issue that needs urgent assistance. Please, while the eyes of the nation are on you, make the U-turn and make protecting the lives of some of our most vulnerable a top priority.”

The Co-operative supermarket announced yesterday it would provide its own £20 weekly vouchers to 6,000 pupils at 25 schools run by the Co-operative Academies Trust throughout summer.

Labour has called an opposition day debate in the House of Commons this afternoon on the free school meals issue.

The party’s motion “calls on the government to continue to directly fund provision of free school meals, including the free school meal voucher scheme for eligible children over the summer holidays to stop children going hungry during this crisis”.