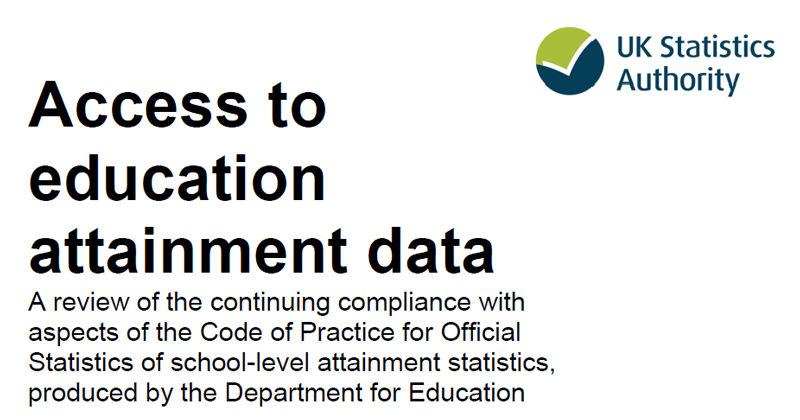 The government has been rapped by the statistics watchdog for having a “gap in its coverage” of pupil attainment after removing IGCSE qualifications from school league tables, but has now pledged to make available a “wider range” of exam results.

But his data request was turned down by the Department for Education (DfE), which said releasing the IGCSE information would “undermine the use” of league tables.

IGCSEs are not regulated by Ofqual and were removed from league tables in 2014. It led to many schools, mainly those in the independent sector, receiving “0 per cent” in the measure for pupils’ achieving five A*-C GCSEs, including English and maths.

Briscoe asked the UK Statistics Authority to look into his case, and an investigation by the watchdog, published last month, found there was a “lack of clarity about the purpose and content of the performance tables and the impact of the absence of IGCSEs – there is a risk that school-level attainment statistics will mislead some users”.

Ed Humpherson, director general for regulation at UKSA, said: “I do agree that the absence of information about unregulated IGCSEs – that principally affects independent schools – leads to a gap in coverage about pupil attainment across the suite of attainment statistics and data as a whole.”

Briscoe said the figures are collected and processed at “considerable public expense” by the government, but are only accessible to some “pressure groups and academies” who use the data to “make headlines”.

“But if you are a curious individual, school governor, benefactor, teacher, community group or anyone else who cannot meet strict rules, you will not be allowed to see the data.

“The public cannot check the workings of those who set the news agenda and influence policy. Parents of young children cannot get the full data about schools.”

However the watchdog said the DfE has already started work to improve its access to pupil data. Its report said the department has now also pledged to make an alternative version of the national pupil database available, which includes a “wider range” of exam results and publish a clear explanation of the process for requesting supplementary data analysis.

The DfE was also told by the UKSA that it must also explain more clearly to parents about why IGCSEs were removed and provide “clearer” links to this explanation for all schools with 0 per cent in their performance measures.

Mike Buchanan (pictured right), head of Ashford School and chair elect of the Headmasters’ and Headmistress’ Conference, which represents independent schools, welcomed “moves to explain this strange, anomalous situation more clearly and to improve access to other performance data”, saying parents needed to be able to compare “complete information accurately”.

He added: “Some of the UK’s most highly-performing schools which offer this excellent qualification still appear to be bottom of the class in the government’s rankings, which is clearly a nonsense.

“It is confusing and unhelpful to parents to have dropped IGCSE results from the league tables in the first place.”

A DfE Spokesperson said: “School performance tables are a key part of ensuring all children get the education they deserve, holding schools to account for how they support their pupils to achieve their best

“To include alternative qualifications, like the iGCSE, which do not go through the same strict approval process, in performance tables would undermine the rigour of our GCSEs and the hard work of the students that study them.

“We are committed to transparency and to meeting the recommendations made by UKSA and will make more details available in due course.”