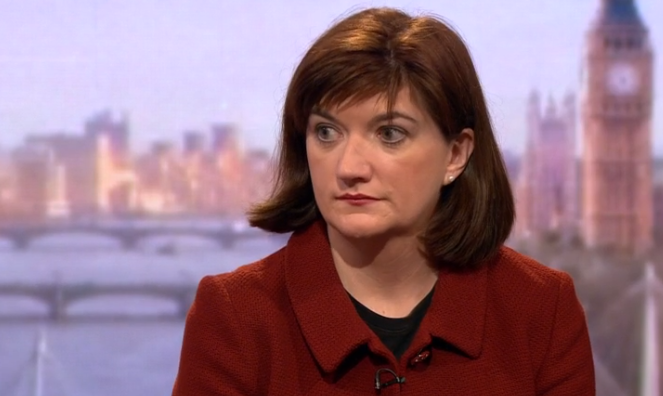 Appearing on today’s Andrew Marr Show, Nicky Morgan said it was complete nonsense that Michael Gove is ‘back-seat driving’ the Department for Education.

A story in today’s Independent on Sunday described how ex-education secretary Michael Gove is receiving daily copies of detailed education paperwork – and described this action as “extremely unusual”.

Asked about Mr Gove’s interference in education policy, Ms Morgan said: “I think this is a complete load of nonsense. Michael has been nothing but supportive as have other former education secretaries.”

Asked also about the future funding of schools, Ms Morgan said she is “fighting” for protection of the schools budget – and defined this as education for five to 16 year olds.

Budgets for 16 – 19 year olds have been cut dramatically in recent years.

Ms Morgan hinted that further funding announcements for this group are due soon.

“When I go around the country I know there are questions about 16 to 19 funding because obviously we have raised the participation as well, and are funding that. That hasn’t been ring-fenced in this parliament.

“We’re going to have more to confirm on that shortly. I think everyone from the Prime Minister downwards realises the critical part that education plays in life transforming and the critical importance of a good education system in this country.”