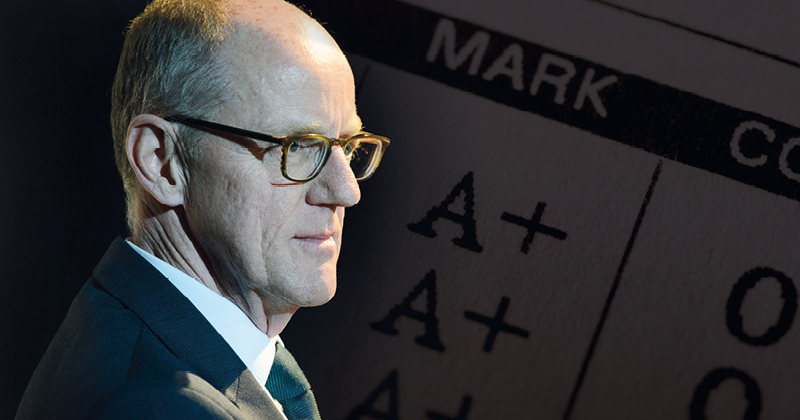 Schools minister Nick Gibb has been urged to prove his commitment to the arts by introducing a “more creative EBacc” after announcing £300 million funding to secure the future of music education hubs.

Gibb said the continued investment for the hubs, running since 2012, will help thousands of youngsters from all backgrounds to enjoy life-changing activities.

Just over 120 hubs across the country help 5 to 18-year-olds to learn instruments, to sing in a choir or to join a band through partnerships involving schools, councils and arts organisations.

But Gibb has now been urged to prove his commitment to the arts by making the government’s EBacc “more creative”.

James Bowen, director of middle leaders’ union NAHT Edge, said: “The accountability system must allow for pupils to take music if they want to. Who can argue that learning an instrument is not rigorous?”

He said there had been a 5 per cent drop in the numbers taking GCSE music: “Too strong a focus on EBacc subjects, driven by high stakes accountability, with little room for any additional subject choices at key stage 4, means pupils can be limited in their subject choices at A-level too.”

The number of pupils entering at least one arts subject has fallen 1.7 per cent this year. And the National Union of Teachers last week claimed that creative arts teachers are also facing increased job insecurity.

The government has spent £271 million on the music hubs, overseen by Arts Council England, since 2012. The £300 million will secure funding until 2020.

The study, by the National Foundation for Educational Research, found many hub leaders reported they were making good progress.

However, they did flag problems over accessing hard to reach schools, pressures on resources and a turnover of music specialists.

A series of other schemes aimed at helping youngsters from lower income families to access the arts includes the music and dance scheme, which will receive an additional £29 million a year until 2018, to help talented artists to attend world-leading institutions such as the Royal Ballet School.

A DfE spokesperson added: “We want all pupils to have access to an excellent, well-rounded education and music and the arts are a key part of this. That’s why we’re investing more than £300 million over the next four years to increase pupils’ access to cultural and music education.”

“We have designed the EBacc to ensure there is flexibility for pupils to take additional GCSEs alongside the core academic subjects, including in the arts.” ?