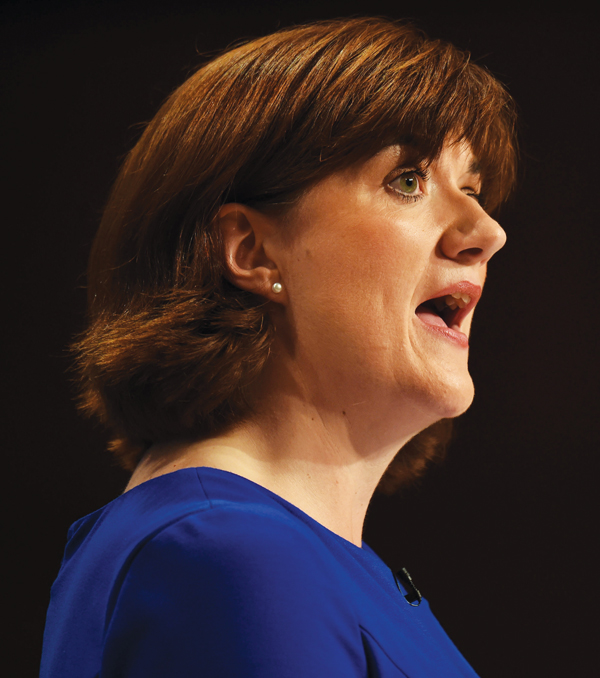 Writing in the paper, Ms Morgan said: “We will expect every pupil by the age of 11 to know their times tables off by heart, to perform long division and complex multiplication and to be able to read a novel. They should be able to write a short story with accurate punctuation, spelling and grammar.“

Tests will be completed on these topics at the end of Key Stage 2, and students would be ‘required’ to pass the tests.

The paper also reports that senior leaders in schools failing to get 100% of their pupils to pass the tests for two years running face being replaced in an academy ‘takeover’.

The policy reverses Ms Morgan’s previous approach to academy conversion. At an education select committee last year Ms Morgan said: “I am a ‘carrot’ rather than a ‘stick’ politician and I like people to be persuaded of the case for conversion rather than me sitting in Whitehall setting either targets or compulsion.”

Other policies revealed in the piece include the doubling of the National Leaders of Education scheme, which enables successful headteachers to work with schools in challenging circumstances, and a two-year ‘job swap’ for heads of departments.

Ms Morgan previously said that she would measure success of her reforms by looking at England’s performance in international tests, such as PISA.

Today, she clarified the benchmark and committed to placing England in the “top five performing countries worldwide — and the best in Europe — for English and maths by the end of our next term in office”.

She added: “This aim is unapologetically ambitious. The speed with which we slid down international league tables under the previous government is one of the starkest examples of their failure. Returning us to our rightful place will be the symbol of our success.”