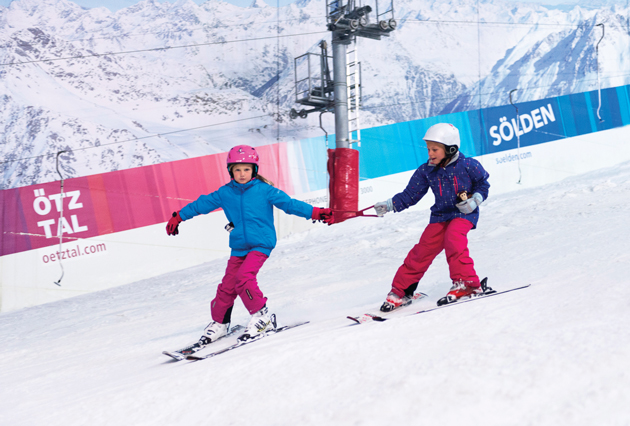 Pupils across the country are being urged to swap their school playgrounds for nearby artificial ski slopes to mark an inaugural National Schools Snowsport Week next month.

The initiative, backed by Winter Olympians Aimee Fuller and Graham Bell, is to encourage more schools to introduce their pupils to snowsports.

It will offer a range of events at 21 slopes across England, including taster ski and snowboard sessions, from April 22 to 29.

Other “snow activities” such as tobogganing and tubing as well as freestyle or racing taster sessions. Guest appearances from Snowsport celebrities are also planned.

Five-time Olympian Graham Bell says: “Not only will children from a range of backgrounds get to give skiing or snowboarding a go, at some slopes there
are ski racing taster sessions, so we might even find our next Winter Olympic champion.”

Some school activities will be free while others vary in price. Visit www.nssw.co.uk for more information.

Pic: School pupils take to the slopes at the snow centre in Hertfordshire