Teachers will not be prevented from using “one-off assessment opportunities” to test pupils spoken language in GCSE modern foreign language subjects next year, Ofqual has said.

The exams regulator has published its decisions following a consultations on changes to the way MFL GCSEs are to be assessed next year.

It is part of a suite of changes to GCSEs and A-levels aimed at making assessments safer.

Ofqual announced in August that GCSE spoken language assessments would be an endorsement reported on a three-point scale (pass, merit, distinction) and will be assessed by teachers during the course of study.

But the regulator consulted on exactly how the system would work, and has published its decisions today.

Ofqual said it has amended the regulations to make it clear exam boards can allow teachers to conduct spoken assessments through “specific one-off assessment opportunities”, as well as as part of the “ongoing classroom process”.

The regulations originally stipulated that spoken language assessment “should take place during normal teaching and learning rather than during a one-off performance”.

However, respondents to the consultation warned this was unclear as to whether the test could take place only during classroom activities. Some also raised concerns about social distancing requirements, which could limit speaking in classrooms.

Ofqual said it was “not our intention that the proposed requirements would restrict the circumstances in which teachers could assess spoken language”.

“We have decided to amend the requirements to make it clear that awarding organisations may permit teachers to conduct spoken language assessments either as part of an ongoing classroom process or through specific one-off assessment opportunities.”

The regulator said it had also made “some minor changes” to the way the criteria for pass, merit and distinction grades, to “improve the clarity of
the requirement”. The changes do not change the meaning of the criteria though.

Ofqual has also clarified that teachers will have the choice of devising their own tasks, using tasks used in previous years or using those designed by “others in the teaching community” to test spoken language.

This comes after some consultation respondents said they were unsure if “specific tasks” needed to be set in order the cover the requirements of the pass, merit and distinction criteria.

The regulator also confirmed schools will not need to record and retain evidence of pupils’ performance because this would be “impractical, would undermine the flexibility we intended to allow, and would be burdensome for centres and learners”.

Schools will also be allowed to share with learners their “working at” level, after some teachers queried whether this would be possible given the requirement in summer 2020 to keep centre assessed grades confidential until the final results day. 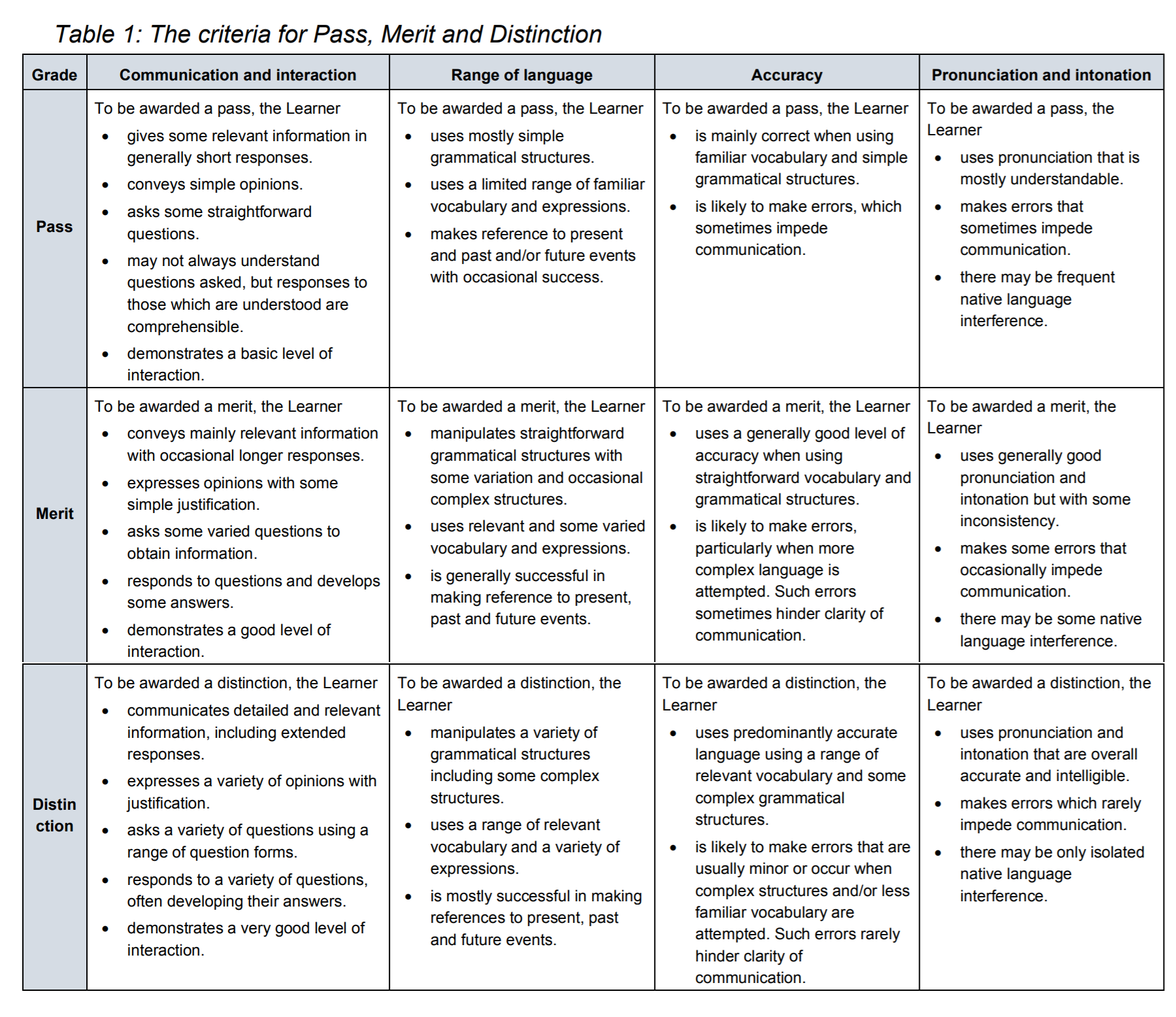