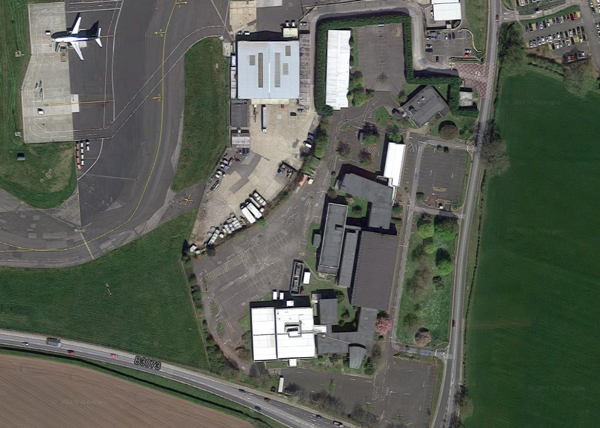 A free school says it is expecting to move “in the coming autumn” to a permanent site by an airport runway – despite an asbestos issue and a credible threat from unexploded Second World War mines.

The Education Funding Agency (EFA) bought the former national air traffic control training centre next to Bournemouth airport at Hurn as a home for Parkfield School after attempts to find a location in central Bournemouth were plagued by planning difficulties.

But a study seen by Schools Week shows that the eight-acre site was part of former RAF Hurn from 1941. The airport was a bomb target during the war, with pipemines containing explosives laid on the airfield as a deterrent to German troops.

The report was released by the Education Funding Agency (EFA) earlier this month after a member of the public requested “all known environmental information” concerning the site.

Commissioned by the National Air Traffic Services (NATS), the former owners of the Parkfield site, the report states that the pipemines were “not removed and reported to be free of explosive”. The Ministry of Defence did not provide a clearance certificate for the airfield.

Work is currently underway at the site to remove asbestos from the existing buildings. Specialist contractors have been appointed to carry out the work. Schools Week understands some of the buildings will then be demolished, the remaining ones refurbished and provided in phases over the coming year.

But the study carried out for NATS in 2011 identified a “credible unexploded ordnance (UXO) threat to intrusive engineering works”. It said the “current risk level is considered to be medium to high and warrants a robust UXO mitigation strategy to be executed to permit the work to proceed in the safest acceptable manner”.

Schools Week understands from an independent expert that if the findings of the report are valid, there would be a possibility UXOs would remain if the site was not fully cleared.

A Department for Education spokesperson said: “An up-to-date expert risk assessment states that this site is as safe as any other in the South of England.”

This up-to-date assessment was not released by the Education Funding Agency.

Parkfield School’s website includes a statement from head Terry Conaghan saying the plan is to move to the new site in September.

Renovation and building work got underway this month. The head said he wanted to “reassure everyone that there will be no dangerous asbestos on the site when the school is in occupation”.

The school opened to pupils in September 2013 in temporary accommodation in a former office block in Bournemouth town centre.

Mr Conaghan said on the website that despite the new site being close to the airport, the noise and pollution levels “are lower than in our current location on Christchurch Road”.

Last July the school was predicting around 600 pupils from reception to Year 11 by September 2015, all arriving at the airport site at peak hours. Parents have also raised concerns about a lack of public transport to the site, which is six miles from the centre of Bournemouth.

A spokesperson for the airport said: “We have expressed our concerns with the operator of the proposed school and will continue that dialogue throughout the entire process. As it is still an ongoing situation we would not comment on these publicly.”

Schools Week asked Parkfield School if it had a contingency plan should the site not be ready in September.

Operations manager Sam Hanson was unable to provide detailed answers, as the school was involved in an Ofsted inspection this week but she confirmed that a move to the new premises was scheduled for “this coming autumn”.

A Department for Education spokesperson said: “We take all appropriate steps to ensure that every site for a school is as safe as possible. The application process is very comprehensive and all proposals are rigorously assessed before they are approved.”