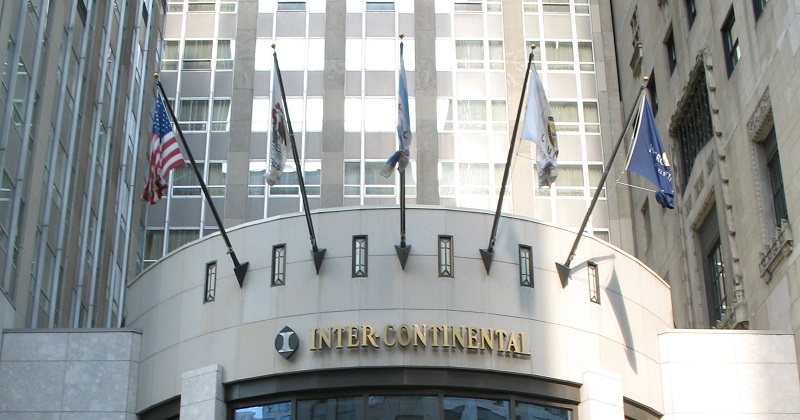 A free school in Bolton paid more than £900 for its chair to stay at a swanky Chicago hotel favoured by Hollywood stars while attending an Apple event, a government investigation has revealed.

The Olive Tree Primary School Bolton Limited, a single-academy trust, also allowed Abdul Chohan – who worked as a consultant for the technology giant – to deliver private education technology events on its site.

The report, published today, also found Chohan recruited his friends to consultancy positions and even hired his future spouse to a leadership position with no formal contract or recruitment process.

The Education and Skills Funding Agency investigation into the trust, which runs Olive Tree Primary free school, identified “a number of significant weaknesses” within the trust’s internal control and governance arrangements. The organisation has breached its scheme of delegation, articles of association and the academies financial handbook, and may also have broken the companies act 2006, the ESFA said.

Many of the investigators’ concerns relate to Chohan, the trust’s chair of trustees. The report found he had hired four people known to him, including two trustees, as paid consultants without following the proper procedures. He also hired a catering firm without following the rules, and gave his future spouse a job at a time when their families were negotiating their marriage.

According to the report, the trust had “a number of additional business areas”, including an Apple regional training centre and private ed tech events hosted by Chohan.

The trust also paid for certain staff and trustees to attend ed tech related courses and presentations during term time.

In April 2018, the trust paid £901.57 for accommodation for Chohan at the Intercontinental Chicago on 25 April 2018 to attend an Apple event, despite foreign travel expenses for trustees being expressly forbidden by the trust’s articles of association.

The hotel is listed online as a “world-renowned destination” attended by international dignitaries, politicians, and Hollywood celebrities.

In a financial notice to improve issued in November, also published today, the trust was ordered to recover the expenses paid to Chohan.

The trust must also provide an action plan showing the improvements it’s made and consider joining a “strong” academy trust by March. If the trust fails to meet the requirements, it could have funding terminated.

Questions over income from ‘private events’

Private events run by Chohan at the trust generated income £13,650. However, all three additional business areas incurred combined costs of £13,247.

In March 2018, the chair organised an event at the trust with attendees from Sweden, generating £11,730 in income.

However, the trust only received £8,700. When the trust’s chief financial officer inquired, they were told that a fee was deducted for the time spent on the event by the chair, totalling £1,980.

Investigators found that although Chohan had declared his 120-days-a-year consultancy contract with Apple, this was not challenged or questioned by rest of the trust board. Previous ad-hoc worked performed by Chohan for the tech firm was also not formally declared.

Last January, Chohan presented at the BETT Show, an ed tech conference in London on behalf of an unnamed company which supplies Apple products to the school.

Chohan was not paid separately, “but it was included as part of his 120 day consultancy with Apple”. No declaration was made.

Investigators also found the trust had five bank accounts, of which two could not be accessed by the business manager or chief financial officer.

This meant the CFO wasn’t able to obtain any information in relation to the accounts when asked by the ESFA.

The ESFA’s investigation report revealed that the trust spent £33,050 over a two-year period on four educational consultants, all of whom were known to and hired by Chohan. Two of them were also trustees.

There was no evidence of a formal procurement process, and three of the consultants had no contract.

In January 2017, the trust recruited a new curruculum design lead on a 12-month contract. The recruitment went ahead at a time when discussions were taking place between the families of that individual and the chair about their proposed marriage. They married in December 2017.

According to the report, the chair made no formal declaration of his connection to the individual, and the appointment was made without going through a formal competitive recruitment process and the trust was unable to provide any formal signed contract for the position.

According to the trust’s latest accounts, the board of trustees has now appointed an independent accountant to run an internal audit. A new conflict of interest policy has been adopted and a governance review commissioned.

The trust also sought, through the Academy Ambassadors scheme, to recruit two additional trustees with HR and finance expertise. It is not known whether it was successful.

The trust said it paid for Chohan’s stay at the Chicago hotel by mistake, and denied he was involved in the appointment of several of his friends and future spouse to various positions at the school.

In in a letter to parents, the school’s board of trustees said the payment for the chair’s accommodation at an educational event was “paid in error by the school” and that Chohan was “unaware as the hotel had been provided with his payment details upon check-in”.

Trustees also insisted the appointment of new governors and consultants “has always been done with governors involvement and in a transparent way”, and that Chohan “was not involved in the recruitment process relating to the appointment of his spouse to a leadership position”.

“Governors are confident that Mr Chohan has been entirely proper and has always had the best interests of the school and pupils at heart in the execution of his duties, as do all governors,” said the board in its statement.