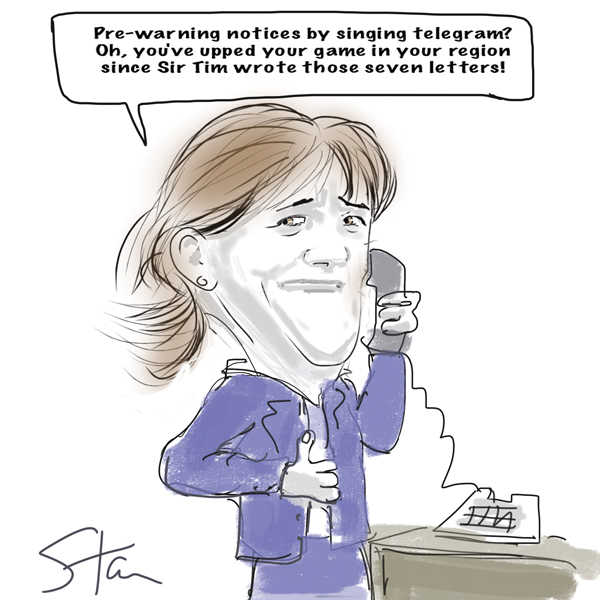 Academies across England are bracing themselves for a series of damning warning notices after seven were made public this week – with more to come.

Schools Week understands that the government will imminently publish the full slate of notices issued in the past few months.

It comes after seven notices were issued to schools in the east of England by regional schools commissioner (RSC) Tim Coulson in five days, between October 12 and 16, were published on Monday.

Of the seven, six were standard warning notices calling for improvement in standards over the course of the school year.

But one termination warning, sent to The Chafford School in Rainham, east London, threatened to remove the school from its sponsor if there was no progress by December 1. This is believed to be the first notice of its kind.

Notices were also issued to Saxmundham and Beccles free schools in Suffolk whose sponsor, the Seckford Trust, ordered a review in September following disappointing GCSE results.

Norfolk’s Diamond and Admiral Academies, both run by the Academies Transformation Trust, also received notices. The chain was only given the go-ahead to expand last December after it was “paused” by the government.

Other schools to receive warnings include Castle Manor Academy in Suffolk and City Academy Norwich.

The flood of warnings increases the scrutiny on academies who are already subject to visits from Ofsted and government advisers, as well as the regional commissioners.

Ian Comfort, who runs the Academies Enterprise Trust, told a special meeting of the education select committee convened this week to discuss the commissioners’ role, that visits from the separate bodies were often too close together and put unnecessary pressure on schools.

At the meeting in Coventry, West Midlands commissioner Pank Patel said the success of the RSC programme varied depending on the quality of the individuals concerned, and that there were “still degrees of inconsistency” in how different commissioners operated.

It is not known why the warning notices for the east of England were published first and whether the letters to be published next relate to warnings issued earlier or later than those of Dr Coulson.

The Department for Education would not say how many would be published or when.

All eight RSCs have been asked to provide copies of their workplans to parliament after the hearing challenged the inconsistency in their practice and lack of transparency over their role.

The plans are expected to be published by the committee within the next few weeks.

Tony Draper, headteacher of Water Hall primary in Milton Keynes, said so many notices in such a short period was “absolutely ludicrous”.

Mr Draper, president of the National Association of Head Teachers, also echoed Ian Comfort’s concerns about an overlap between Ofsted and government officials.

“Essentially, school standards are determined by Ofsted and that is how it should be. We may disagree with them on a lot of issues but it is the job of Ofsted to make decisions on schools standards, it shouldn’t be the job of the secretary of state or RSCs.”