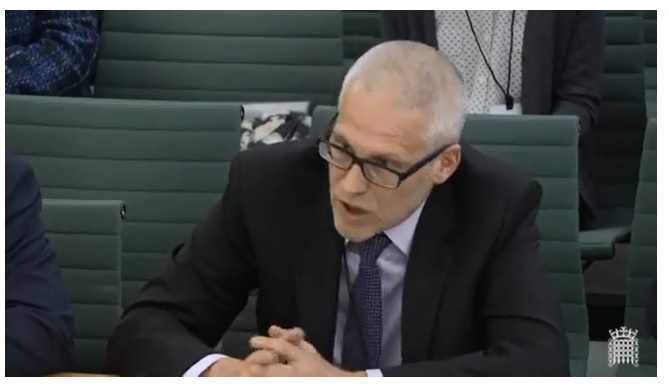 An evidence session of the education select committee into the Priority Schools Building Programme (PSBP) heard claims from a witness that it was “probably the worst experience I’ve ever had as a  headteacher”.

Andrew Seager is head of Stratford School Academy in East London, which was rebuilt under the PSBP – an Education Funding Agency (EFA) programme to tackle schools most in need of repair. The first PSBP wave included 260 schools, with a further 277 announced in February for the second wave.

Mr Seager told the committee there had been “significant problems” with the delivery of his school’s PSB project and the quality of the work.

As a “ballpark figure”, he thought the school would need to spend £600,000 of its own money bringing the school and the site up to standard – “and I don’t think we would have needed to do that under Building Schools for the Future (BSF)”.

BSF was Labour’s £55bn programme to rebuild, refurbish and provide new IT for all 3,500 secondary schools in England by 2010. It was cancelled by Michael Gove weeks after he become education secretary in 2010.

But schools minister David Laws told the committee that difficult site issues had affected the Stratford School Academy project and he did not think the school’s experience had been typical.

Mr Seager added: “It really has been painful.” He said that while initial discussions with the EFA had gone well, significant problems later emerged.

In September the school had to move into a building that was not ready, said Mr Seager – “and there is a huge list of snagging items that are still not all resolved”.

He said the position with the PSBP, “as we’ve had explained to us by the EFA, is that it’s a building programme (only) and we have been left with a functional big box” but external areas remained untouched.

According to the head, the earlier BSF programme had a “broader scope – and redeveloped everything on the school site, including playgrounds”.

Schools Minister David Laws told the committee the Stratford School Academy had been the “most difficult project in the whole of the PSBP to deliver because of very complex site issues”.

But he added that he “quite genuinely” did not think the school’s experience was representative of the “vast majority of schools going through this programme”.

There had been “some contractor issues and some disagreements with the school over aspects of the project”, he said.

It  was “certainly important” that quality for new buildings was very high and that “necessary things outside the school building are done – but there is an issue on value for money” said Mr Laws.

He added: “We have to make a judgement about what we think are reasonable and unreasonable demands.”

According to Mr Laws, the PSBP was “not about furniture, IT or sports equipment” and there were “other revenue streams for things, including devolved formula capital and local authority budgets”.

He added: “I can understand why schools want those things, but it isn’t always sensible for us to take on those funding commitments.”