The proportion of pupils being suspended from schools in England has risen slightly this year, with the government blaming the increase on youngsters being repeatedly excluded.

The rate of pupils being suspended is now the equivalent to around 508 youngsters in every 10,000.

The rate of suspensions has been increasing steadily since 2013 but it is still below the peak seen in 2006.

According to the government, the rate has risen because more pupils have had repeated exclusions.

In 2017-18, pupils who were subject to fixed-term exclusions were suspended on average 2.2 times. 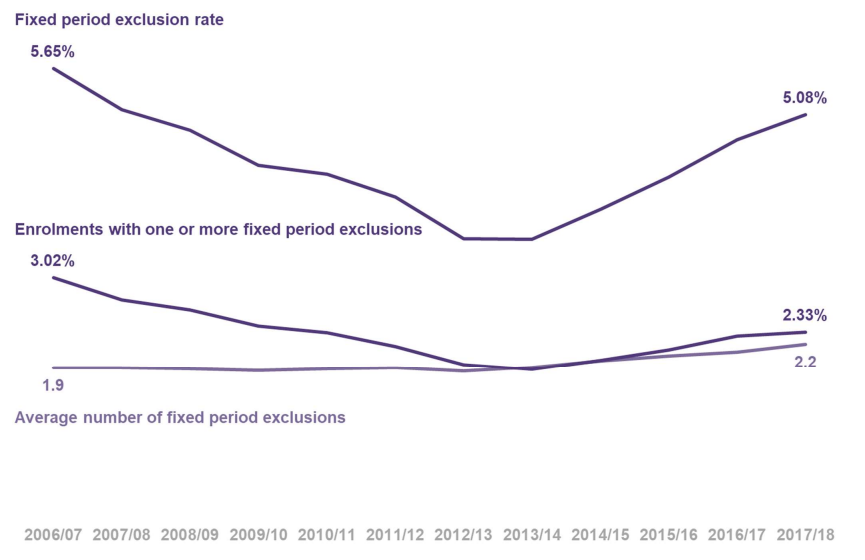 Although the number of permanent exclusions (or expulsions) increased from 7,700 to 7,900 over the same period, the rate of exclusion remained the same at around 0.1 per cent. This is due to increasing pupil numbers.

Persistent disruptive behaviour continues to be the most common reason for exclusion, but the number of permanent exclusions made for this reason has actually fallen for the first time in five years.