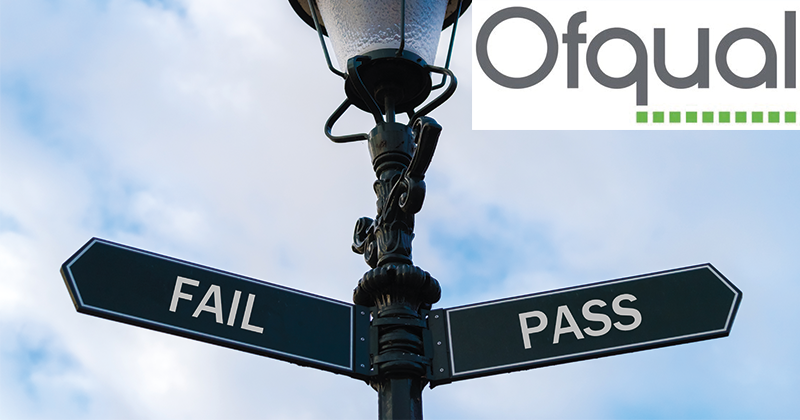 Ofqual is urging exam boards to “strengthen their controls” on certain types of applied general qualifications, after it uncovered evidence of grade inflation on old-style BTECs.

Its research into the “legacy” level three BTECs, which don’t include any external assessment, found that the proportion of people gaining the highest grades on some of these courses almost tripled in 10 years – from 21 to 61 per cent.

These increases weren’t matched by either the students’ prior attainment nor their subsequent degree or employment outcomes, according to the report.

“This research shows that there are unwarranted increases in results in some of the ‘older style’ applied general qualifications, and this has the potential to undermine public confidence and devalue the achievements of students,” said Phil Beach, Ofqual’s executive director for vocational and technical qualifications.

“We are therefore calling on awarding organisations to strengthen their controls on internal assessment in any qualification where there are potential risks to standards.”

Ofqual will also look at whether “additional bespoke guidance or additional regulatory requirements” are needed to “ensure qualification standards are maintained”, he said.

Applied general qualifications and tech levels are vocational or technical alternatives to A-levels that can lead onto higher education or employment.

The exams regulator focused on Pearson’s BTEC qualifications, as these are the “market leading” applied general qualification – representing 81 per cent of certificates issued in 2016/17, according to Ofqual’s figures.

The research looked at the ‘older style’ qualifications, which were entirely internally assessed.

Pearson, along with other exam boards, introduced new-style qualifications in 2016 that include a proportion of external assessment, in order to meet criteria for inclusion in the Department for Education’s performance tables.

However, the exams regulator said the “majority of assessment continues to be conducted internally”.

There were a number of “typical features” around internal assessment that “weaken the controls available to awarding organisations to maintain standards” which included the “unitisation of the qualifications” and “the availability of multiple re-submissions for each unit”.

A spokesperson for Pearson said it welcomed Ofqual’s report and “its intent to strength qualifications”.

The BTEC National qualification had been “strengthened through a series of other improvements including the introduction of external assessments, tighter rules around work resubmission, and greater pastoral support”.

“The result has been flattening out grade inflation over the last two years, as is evidenced by the recently published 2018 results where we’ve seen fewer students attaining the top grade,” he said.

Ofqual’s research looked into the profile, outcomes and subsequent performance of four cohorts of learners taking level three BTECs between 2005/06 and 2015/16.

It found that the proportion of level three BTEC students gaining top grades – either a distinction or distinction star – had “increased substantially over time”, while A-level grades “remained stable” over the same time period.

At the same time, the learners’ prior attainment at GCSE remained “stable”, which suggested “no particular change in the overall ability of the cohort”.

Researchers also looked at how well the BTEC learners performed at university and in employment, in comparison to learners with A-levels.

They found that “successive cohorts” of BTEC learners were “increasingly less likely” to gain top degrees – either first class or upper second – than learners with equivalent A-levels.

Furthermore, the BTEC learners had a “progressively lower likelihood over time” to be in full-time employment, in a highly-skilled role and earning over £20,000 a year than those with A-levels.

“This report makes clear that there are great differences between the old and new versions of the applied general qualifications,” said Bill Watkin, chief executive of the Sixth Form Colleges Association.

The new version is “more rigorous and demanding” and is “considerably harder for students to get the top grades” in – but “it is quite right that more and more sixth forms – in schools and colleges – are choosing them”.