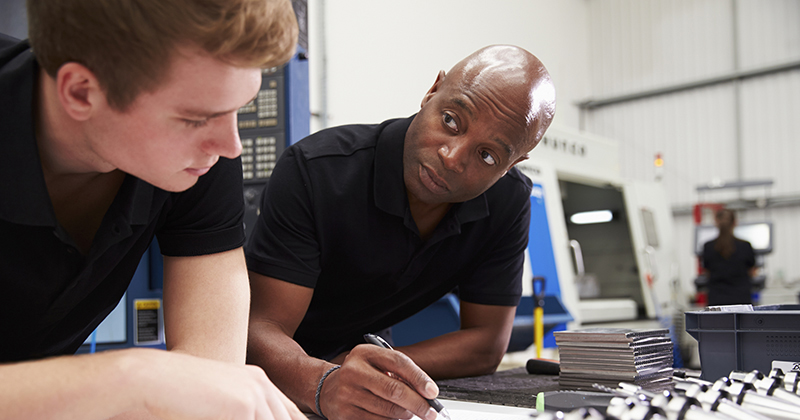 The other trial will test the impact of supporting pupils to apply and participate in Science Technology Engineering and Maths (STEM)-related work experience.

Both programmes will be funded under a million-pound partnership between the EEF, the Careers & Enterprise Company and Bank of America Merrill Lynch.

It comes as schools prepare themselves for further scrutiny from Ofsted, who said it would judge schools more heavily on how they prepare pupils for the world of work.

This trial, which has been granted £267,000, will include 780 pupils from 30 secondary schools in England getting into groups to devise and deliver a project that tackles a social issue relevant to their community, with the help of a business mentor.

The aim is to improve pupil motivation and engagement at school and will include groups of ten taking part in a “mix of weekly coaching sessions, workshops and cross-city events” to identify an issue they “care passionately about”, come up with a way to help and work with local businesses and charities to “make it happen”.

The teams will then participate in an inter-school competition, with the winning team being the one that has “made the biggest difference to their community and can demonstrate most effectively how they have developed skills valued by employers, such as communication and problem solving”.

It is being run by Envision, a national education charity, and will be evaluated by the government’s Behavioural Insight Team (BIT).

BIT, also known as the ‘nudge unit’, will measure the impact the programme “has on character skills such as self-efficacy and persistence”, as well as on maths and English GCSE results.

This programme will support pupils in applying for and participating in work experience in STEM-related jobs.

Pupils at 130 schools will take part in the trial, which will be run by CSW Group, a not-for-profit social enterprise, who’ve been granted £495,000 to deliver the project.

The programme will begin with a whole-year group work experience preparation day for year 10, where schools will help to identify a group of students who might otherwise struggle to find a placement.

Pupils will then be supported through the application process for jobs, interviewed for opportunities, and given feedback after the placement. Past placements that CSW Group arranged for teenagers included organisations such as the Met Office and South West Water.

The National Foundation for Educational Research will evaluate the project, examining whether the project impacts on GCSE results in science and maths.

Sir Kevan Collins, chief executive of the EEF, said that by funding “rigorous” and independent evaluations of these two different approaches, “we will be in a much better position to say what effective careers education looks like and its knock-on benefits to other outcomes like attainment in school”.

Claudia Harris, chief executive of the Careers & Enterprise Company, added: “The best research shows that young people who have four or more encounters with the world of work while at school are 86 per cent less likely to be NEET – not in education, employment or training – and on average will go on to earn 18 per cent more than their peers who did not have such opportunities.”

Both trials are currently looking to recruit schools to take part. For more information, visit https://educationendowmentfoundation.org.uk/