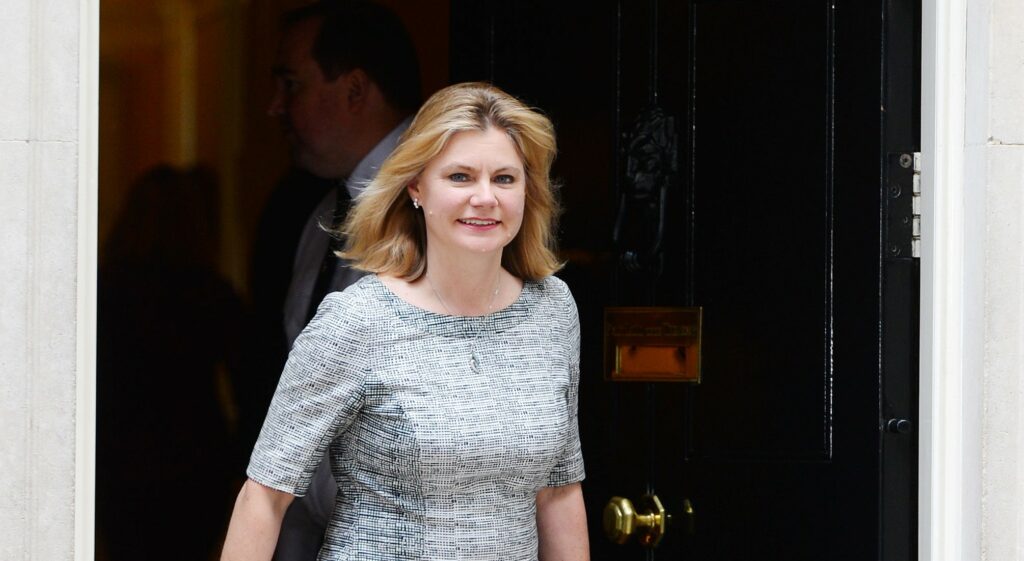 Responding to concerns of falling school funding on The Andrew Marr Show this morning, Greening said: “The underlying schools budget is seeing a real terms increase.

“We are reviewing and introducing a new school fair funding formula that will be much fairer and make sure funding per pupil is equalised as it hasn’t been before.”

The assurance follows concerns that the controversial formula could have been axed by the new minister. Greening’s constituency of Putney is also set to lose cash.

The formula, supposedly due to be implemented next year, is still awaiting the publication of a second consultation that will reveal much more detail about which regions will get more or less funding.

Greening was much more coy on other issues, saying she has lots in her in-tray and will be working through them “carefully” in the coming weeks.

She refused to make any “sweeping policy announcements” and promised to take a “measured approach” to the role.

Greening had given her first interview to the Sunday Times, published today, which reported she was “open” to grammar schools and wanted to find a “sensible” solution to the term-time holiday row.

When questioned again about grammars by Marr, Greening said: “The education debate in grammar schools has been going a long time. We need to be able to move it on and step away from the old-fashioned debate about grammar schools, and work out where they fit [in the system].”

She added: “We need to be open minded, but from my experience in state school I learnt best where there were great teachers who could excite me about learning. Fundamentally we need to look at what’s happening in the classroom.

“Having children ready to learn and fantastic teachers, that’s most important and that’s what I’ll focus on.”

Theresa May has pledged her premiership will take on a lack of social mobility, and Greening – the first education secretary to attend a comprehensive secondary school – said it is “something that has characterised my personal life and I hugely care about”.

“I’m delighted to be in department that can drive opportunities. If we are really going to deliver on Theresa May’s social mobility [pledge] it will be more than just education. It’s what happens at home, in communities and setting young people’s sights high.

“Businesses need to pull through Britain’s rough diamonds and having great teachers in schools who can develop pupils.”