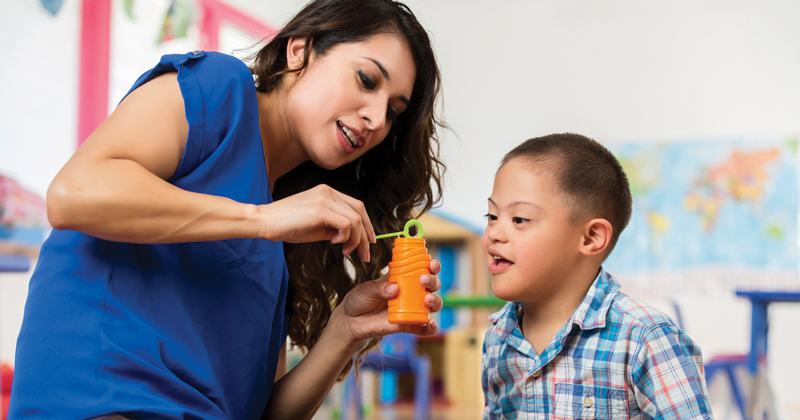 A cross-party committee of MPs has published a landmark report on the state of provision for pupils with special educational needs and disabilities.

The report from the parliamentary education committee, published today, makes a series of recommendations for government and other bodies.

We’ve compiled a list of the recommendations most likely to affect schools.

1. Give the ombudsman more power over schools

The committee is calling on the government to legislate to allow the local government and social care ombudsman to “consider what takes place within a school”.

This legislation should be brought forward “at the earliest opportunity”.

This follows evidence from the ombudsman, Micheal King, who said he is currently only able to look at “everything up to the school gate”.

“Two select committees have independently identified a problem with the current extent of the powers of the local government and social care ombudsman,” the report said. “It is now up to the government to act.”

Where local authorities appear not to be complying with the law, the committee believes parents and schools should be able to report them directly to the Department for Education.

The department should also implement an annual scorecard for local authorities and health bodies “to measure their success against the SEND reforms”.

This would include reports of non-compliance, the school placement of children and young people with SEND including those without a school place, tribunal hearings and how local authorities meet statutory timescales.

The scorecards should then be made available via the House of Commons library “no later than three months after the end of the year to which they relate”.

According to the committee, not enough is being done to ensure every pupil with SEND receives a “high standard” of education, or that all schools are inclusive.

To tackle this, MPs believe Ofsted “must deliver a clear judgement, and through this assurance to parents, that schools are delivering for individual children with SEND”.

This should either be done through the current programme of inspections, or Ofsted should alternatively develop “a separate type of specialised inspection focusing on SEND, with a particular focus on the school’s responsibility to deliver for pupils on SEN Support and that inclusive schools get the recognition that they deserve”.

The committee acknowledges this may require legislative change, and says this must happen “at the earliest possible opportunity”.

4. Look into the cost of forcing all schools to have a SENCO

During the inquiry, MPs heard that special educational needs co-ordinators (SENCOs) are sometimes part-time, and can be “diverted from their SEND responsibilities by other duties, taking them away from supporting teachers and pupils”.

In response, the committee has called on the government appoint an independent reviewer to “examine the cost implications of requiring all schools and colleges to have a full-time dedicated SENCO”.

The reviewer must also make recommendations on how small a school should be to warrant a part-time SENCO.

The committee also recommended that the DfE issue updated guidance stating that all SENCOs should undertake the NASENCO training course upon taking up their role.

In its report, the committee raised concerns about the “conflicts of interest, or challenges” that stem from councils holding both an assessor and commissioner role when it comes to SEND provision.

For example, some professionals make decisions “that are overridden by budgetary constraints or a lack of commissioned provision”, which creates “distrust” between councils and parents or carers.

Although MPs felt separating the roles was not the right thing to do, they did settle on the need “to create some neutrality in the system”.

The report recommended the DfE explores the potential for a neutral role, someone who would be allocated to every parent or carer with a child going through an assessment.

This person would have the responsibility “for co-ordinating all statutory SEND processes including the annual review, similar to the role of the independent reviewing officer for looked-after children”.

The committee said that the DfE should, in the absence of “other plausible solutions”, enable councils to create new maintained specialist schools, including specialist post-16 provision “outside of the constraints of the free school programme”.

The government should also amend its capacity building guidance “to ensure that local authorities are able to be more responsive to their local population’s needs and address the unfortunate unintended consequences of the programme”.