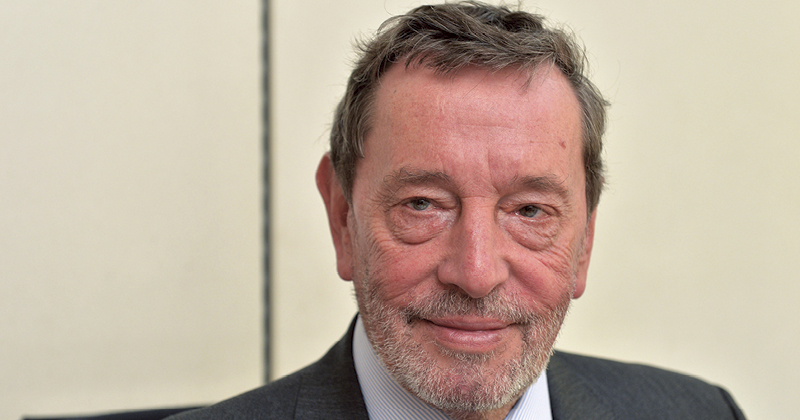 The stress of working in education can make people ill, former education secretary David Blunkett told academy leaders this week, as he recounted how a fear of union conferences contributed to his own physical battles.

Speaking at the MAT Summit 2016 in Windsor, run by Optimus, Blunkett (pictured) said that he was surprised when he was booed at the National Union of Teachers conference in 1999 during his tenure as education secretary – but defended his policy of the time to “name and shame” under-performing schools.

“One of the schools was on the edge of my constituency, and that school had dwindled to 250 students, parents were voting with their feet, children were getting a lousy education – only 4 per cent got their GCSEs,” he said.

“We said we won’t put up with this any more. Either the school is gone, we close it, or we have a fresh start. In that case, it worked. The school is flourishing.

“Even with the English and maths proviso, that school now has a pass rate of more than 50 per cent and students’ life chances are transformed.”

However the former cabinet member – who is now a peer in the House of Lords – said that constantly battling the profession took a strain on him, something many teachers would recognise.

“We have a problem in the teaching profession, don’t we? Teachers feel stressed out and understandably so.

“I felt sick. I felt sick before I went into some of these conferences and I felt very badly for about two days afterwards.

“That’s because you are human. And your guts churn up and you end up with physical problems, which I didn’t go on about, but I had ulcerative colitis and I had a Barrett’s oesophagus [reflux of acid from the stomach into the oesophagus], which had to be operated on. I was lucky we caught it before it became cancerous. These things have a knock-on impact.”

We have a problem in the teaching profession, don’t we? Teachers feel stressed out

He told delegates to take time making decisions and not to feel the need to respond to everyone immediately.

He also said that while trust leaders faced “being evaluated against each other, against criteria, while the same MATs are being paraded as being wonderful all the time”, they must decide on their own values and stick to them.

Asked about grammar schools, he was clear that he would seek to defend the legislation he introduced in 1998 banning any further selective schools, which the prime minister has said she will now overturn.

A Department for Education consultation looking at how academic selection might be extended will end in December.

Blunkett said: “I think it is part of a trend for being retro and looking back over our shoulder. Everything is about the past as though the past was a wonderful era … but we are 65 million people on the edge of a continent facing the disintegration of our currency and our tomorrow. This is about getting real.

“They have trodden into a quagmire – and those are very difficult to get out of.”

His view on how to traverse the quagmire was to tell the nation that it had been a “very interesting consultation, we’ve heard what the nation says – that’s familiar to people now – and naturally we’ll take account of this”.

He then urged the government to clarify that what it “really meant” in its consultation was a gifted and talented programmes in all secondary schools – just as he and Estelle Morris did while in office, though he admitted funding was not continued in the later years of the Labour government.

Asked if he still had hope for education, despite the hurdles around funding and teacher recruitment, he said: “I have hope because education is the most wonderful way of changing the world and the life chances of others.

“People in it are committed to something bigger than the structural change imposed on them. Whether it is from my government, in literacy and numeracy strategies, or the current [grammar] consultation. It is bigger than all of us.”