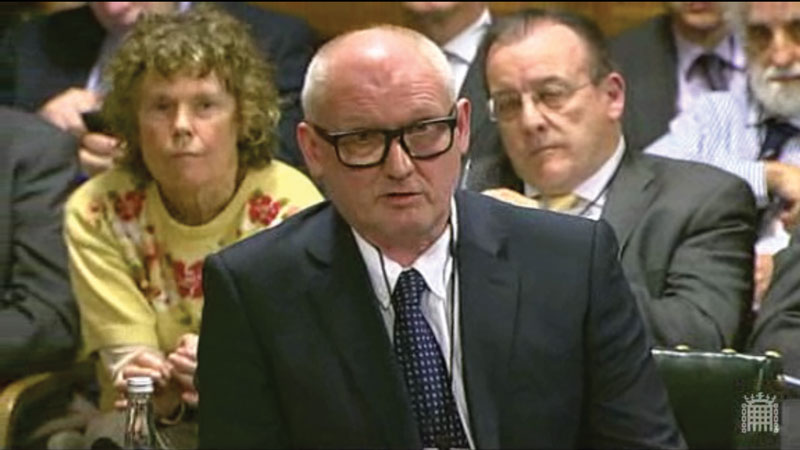 An academy trust has vowed to fight ministers all the way to court after defying government orders to sever ties with its former highly paid executive headteacher or face losing its funding.

The Durand Academy Trust (DAT) was told by the Education Funding Agency (EFA) its funding agreement would be revoked unless eight conditions were met by the end of August.

The demands include severing ties with its chair of governors and former executive head, Sir Greg Martin (pictured), who faced criticism from MPs after it emerged his £229,000 school salary was topped up by another £160,000 by a private firm that runs the school’s leisure facilities.

But Schools Week can reveal the trust has refused to meet all of the government’s demands – with Martin still in post as chair.

In an exclusive interview with Schools Week, Mark McLaughlin, the trust’s interim executive headteacher, said: “We will fight this vigorously. Our lawyers’ advice is they have no right to ask for these things to be done.”

He vowed to call the government’s bluff on its funding threats, adding: “The problem is that we have stood up to the EFA – a lot of schools are unhappy with them.

“The government is in a difficult position. If we go to court at least all the facts will be laid out.”

McLaughlin, also ordered to resign from his posts within the trust and its associated companies, launched an astonishing attack on how the department has handled the case.

Schools Week understands the trust is refusing to meet three conditions – all of which relate to alleged conflicts of interests between the trust and other companies.

The government is in a difficult position. If we go to court at least all the facts will be laid out

As well as the resignations of McLaughlin and Martin, DAT must ensure none of its directors are on the board of Durand Education Trust (which owns the land occupied by Durand Academy in Lambeth), London Horizons (which runs the schools leisure facilities on a commercial basis), and GMG Management Resource (a company owned by Martin).

McLaughlin said that Durand Education Trust would meet a condition to transfer back £1.8 million to the academy trust, as long as the EFA gave reassurances it would not confiscate the cash.

He said DAT ringfenced the money as its contribution to build a new state boarding school. McLaughlin claimed it had not received a penny of a promised £17 million from Gove for the project.

McLaughlin said DAT has also lodged a formal complaint against EFA chief executive Peter Lauener over how the trust has been treated.

He also hit out at a “forensic investigation” launched by the government, which involved auditors from a private firm being based at the school for seven months.

The draft report, not yet been published, contained only “minor recommendations”, such as “improving minute taking”.

“There is just nothing to justify taxpayer’s money being spent on this.” He claimed his freedom of information request to reveal the cost of the exercise has been refused.

DAT has outlined its position in writing to the Department for Education (DfE), which will respond by November 1.

A government source claimed the trust had “ignored repeated warnings that strong action would be taken to safeguard the future education of their pupils if they continued to fail to comply with the standard rules and procedures by which all trusts must abide”.

A DfE spokesperson said: “We are currently considering a response received from Durand Academy Trust on whether to continue the process of terminating the trust’s funding agreement. It would be inappropriate to comment further at this stage.”