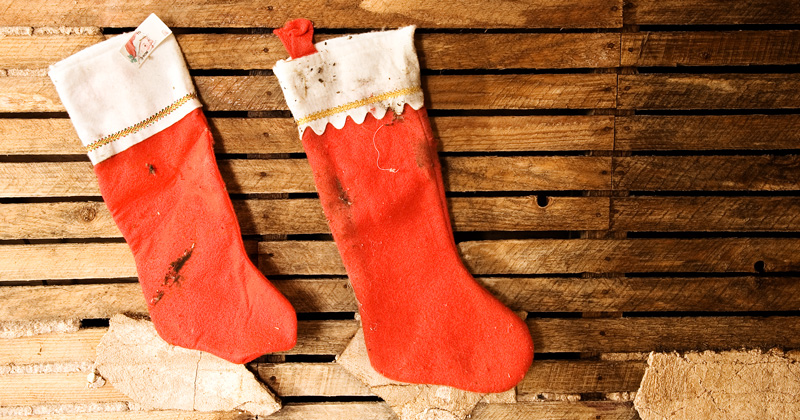 A recent House of Commons Briefing Paper suggests that on current trends, by 2021/22, the share of children in relative low income after housing costs will be at its highest for as far back as there is consistent data (the 1960s)[i].

This is an increasingly common challenge for schools, and Christmas can make things even harder for poorer pupils. When home-life is stressful, being holed up together for two weeks surrounded by talk of presents can be unbearable. So what does the research say about how to ‘poverty-proof’ the school day?

In 2013-14, Children North East piloted a research-based initiative that involved an audit of pupils’ experiences of poverty through pupil focus groups, as well as questionnaires for staff, governors, and parents. The audit led to an action plan highlighting school practices that stigmatised poorer pupils.

Laura Mazzoli Smith and Liz Todd’s[ii] recent evaluation of the programme’s findings showed that teachers were often surprised by pupils’ reports of stigmatisation. They therefore embarked on a process of abductive reasoning – or ‘inference to the best available hypothesis’ – to explain their findings.

The first hypothesis Mazzoli Smith and Todd examine is a popular view in sociology according to which teachers buy into ‘deficit-based’ ideas about a ‘culture of poverty’. For example, teachers might be influenced by characterisations of poor families as ‘benefit scroungers’, making them unsympathetic to pupils’ complex battles with shame, particularly when these play out in apparently illogical responses, such as buying expensive trainers.

The research is refreshingly insightful

The researchers dismiss this first hypothesis on the grounds that the teachers in their study were shocked and evidently empathetic in response to the audits.

Turning to other sources for alternative explanations, the authors conclude that prioritising “scientific” characterisations of poverty, including “objective indices of material deprivation” such as pupil premium eligibility, excludes other ‘forms of knowledge’. In other words, teachers’ focus on hard metrics blinkers them to pupils’ personal experiences of poverty.

Mazzoli Smith and Todd point out that fear of being “humiliated or shamed” can lead pupils to hide their poverty. This involves a stressful process of “impression management” such as refusing to disclose their circumstances; avoiding telling their parents about school trips they think will be unaffordable; or bullying pupils in even tougher circumstances. The authors believe these complex experiences and behaviour patterns have become invisible to teachers and that this might explain teachers’ shock when presented with audit findings.

Unfortunately the authors use their observations to argue that ‘scientific’ information on poverty (like pupil premium eligibility) are necessarily problematic, rather than simply needing to be complemented by a more human lens. They therefore segue into a critique of “performativity”. Abductive reasoning is problematic in that way. While it purports to offer a third type of logical reasoning (alongside inductive and deductive forms), questions remain about whether it serves to generate or to justify hypotheses[iii].

Nevertheless, the research is refreshingly insightful given that it is rooted in a practical, school-based programme which tackles one of the big issues of our time.

As Executive Head of Aspire Schools (a group of PRUs in Buckinghamshire), Debra Rutley is keenly aware that Christmas can be “hugely traumatic” for many of her pupils. “We try to make sure the focus at Christmas is on the human dimension” she explains. Yet she is keen to avoid creating a ‘fun-free zone’.

It is a difficult balance to achieve, but as schools gear up for the season of goodwill, Mazzoli Smith and Todd’s article shows that fear of being seen as a Scrooge should not stop us from reshaping routines and practices that make school life tougher for poorer pupils.

[ii] Mazzoli Smith, L., Todd, L., (2019), Conceptualising poverty as a barrier to learning through ‘Poverty proofing the school day’: The genesis and impacts of stigmatisation.