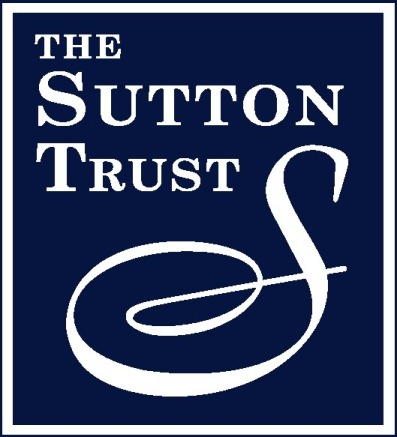 Schools that swiftly overhauled their curriculum to meet the government’s English Baccalaureate (EBacc) when it was first introduced boosted results for their most disadvantaged pupils, a new report has found.

The report, released today by the Sutton Trust and compiled by Education Datalab, compared a sample of 300 schools that vastly increased the proportion of pupils entered for the EBacc from 2010, to 2013, (called “curriculum changers”) with similar schools that did not change their curriculum as quickly.

Researchers found that curriculum changers, on average, improved their maths and English results by one-tenth of a grade more than the other schools.

But the report also found that children eligible for pupil premium actually benefited more – because pupils experiencing the largest changes in curriculum were disproportionately middle and lower prior attainment pupils.

According to Datalab’s research, the pupil premium attainment gap closed by slightly more (six per cent of a grade in English and maths) in the curriculum changer schools.

Dr Becky Allen, director of Education Datalab and the report’s lead author, said: “In schools that have led the way in re-orientating their curriculum towards EBacc subjects, students seem to have benefitted.

“They are now more likely to achieve a good GCSE in maths and English and less likely to drop out at age 16, refuting claims that the more academic curriculum would distract focus from these core subjects.” The five A* to C pass rate also improved by 1.2 percentage points in curriculum changer schools and the percentage of pupils achieving the EBacc shot up by 11 per cent.

The EBacc is a new performance measure, brought in by the coalition government, which is achieved when pupils get a grade C or above in a “core” group of subjects: English, maths, science, a modern foreign language (MFL), or history and geography.

MPs last week discussed the exclusion of arts subjects from the core EBacc subjects after a petition was signed by more than 100,000 people called on the government to change the rules.

And last month, Schools Week reported that the School Partnership Trust Academies was cutting arts and music subjects from its curriculum in seven of its schools.

Discussing the new findings, Mary Bousted, general secretary of the Association of Teachers and Lecturers, said: “This research is interesting and I do not want to deny it but I do not think it takes away the fundamental objections to the EBacc.

“I, of course, do want pupils to study the core subjects, that are included in the EBacc but the rigid level of prescription is inappropriate for a vast range of pupils.”

The research also highlights, however, that despite an increase in the number of disadvantaged pupils taking languages and humanities, there is still a large proportion of disadvantaged pupils with similar attainment to their peers not being put forward for those subjects. This equates to 15,000 pupils for history or geography and 11,000 for languages who could be taking the subjects but are not.

In November, Datalab produced a report looking at how different pupils were affected by the EBacc. That report found similar affects on low-attaining pupils for languages.

According to that research, fewer than 20 per cent of lower attaining pupils were entered for a language GCSE.

Allen (right) said the “challenge” now was to consider what curriculum was appropriate for pupils not entering the EBacc.

The Sutton Trust called on the government to reconsider its target of 90 per cent of pupils sitting the EBacc, and to give all pupils a fair access to sit EBacc subjects.

Sir Peter Lampl, Sutton Trust and of the Education Endowment Foundation chair, said: “It is good to see that schools are offering EBacc subjects to more of their students successfully.

“It is important that all students have the opportunity to study the full range of academic subjects, particularly those who are both highly able and disadvantaged. At the same time, it is vital that the introduction of the EBacc is not at the expense of arts and vocational subject.”

A department for education spokesperson said: “Our priority is improving the life chances of all young people. As this report highlights, the Ebacc is already helping children, particularly those from disadvantaged backgrounds, to benefit from a rigorous education.”