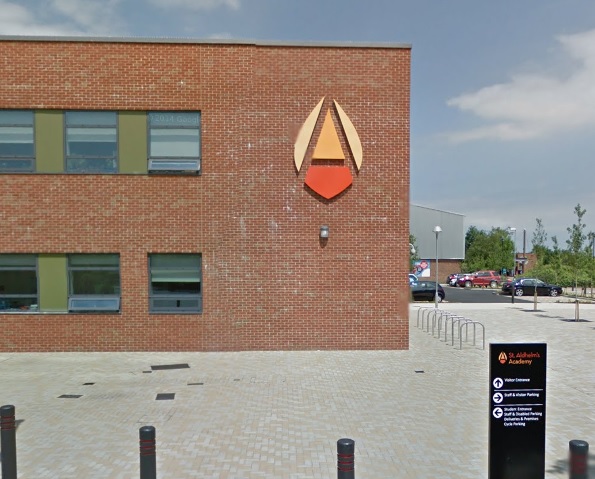 A crisis-hit academy that lost £1.2m after being targeted by a “sophisticated fraud” has found a new sponsor.

Leadership of St Aldhelm’s Academy in Poole, Dorset, will be handed over to the Ambitions Academies Trust from Monday.

The Bournemouth-based trust will formally take over when due diligence has been finalised, the Department for Education said.

The Diocese of Salisbury will remain as the school sponsor until the process is completed.

The move follows a series of issues at St Aldhelm’s including a part closure due to staff shortages, poor exam results and the academy’s board, the St Aldhelm’s Academy Trust, being issued with a financial notice to improve.

Brian Hooper, chief executive of Ambitions Academies Trust, said in a letter to parents he will be “fully involved in ensuring the success of the academy”.

He also apologised to parents, adding: “The academy has been through some very difficult times, which has impacted on the children and you greatly.”

Sian Thomas, executive head of the trust’s Tregonwell Academy, will take over as principal.

The trust currently runs three schools – including Queen’s Park Academy which was transformed from special measures when the trust took over in 2011 to outstanding last year. It is regarded as having a strong track record for leading and improving underperforming local schools.

A DfE spokesperson said: “Acting decisively on underperformance is a key part of our plan for education. As a result of this, our schools have been transformed with one million more children now being taught in good or outstanding schools than in 2010. St Aldhelm’s Academy has been underperforming – and clearly that is not good enough.”

DfE accounts show the academy lost £1.21m, including legal and professional fees, after it was the victim of a fraud scam in 2013. The DfE described it as “sophisticated serious fraud by a third party” which is now being investigated by police.

Earlier this month the academy was also reported to have partially closed due to staff illness.

Sir David Carter, regional schools commissioner, said: “I have no doubt that St Aldhelm’s Academy can become one of the best schools in Poole. There is enormous potential for success and I am confident that Ambitions Academies Trust, under the leadership of Brian Hooper, will provide a school that the children and this community deserves.”

The non-repayable funding was to contribute to its short-term running costs while a new sponsor was found.

In October, an Ofsted inspection resulted in the school going into special measures. The report said that “until recently, the governing body and school leaders at all levels have not demonstrated the capacity to raise standards”.

The academy’s land is leased from the council and will be transferred as part of the takeover.